Sunny Leone Is Already Missing Being "Goofy" On Set 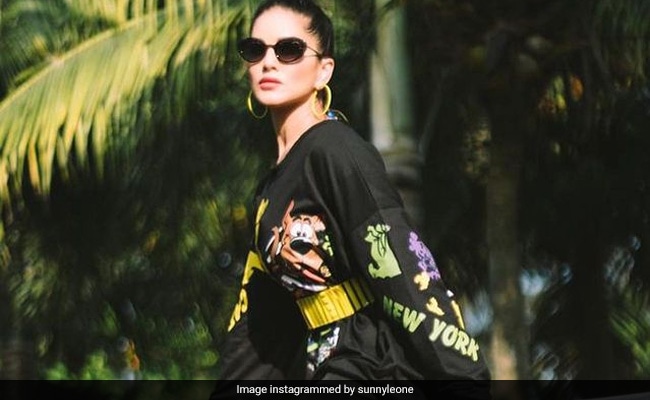 Sunny Leone is already missing being goofy on sets. The actress was busy shooting for MTV Splitsvilla Season 13 in Kerala. She is a co-host on the reality show alongside Rannvijay Singh Singha. Now, just a day after her return to Mumbai, Sunny Leone has posted a throwback pic from her Kerala diaries. In the photos, she poses in a chic black number that features fun prints. Keeping it stylish, the actress picked a chunky belt and matching earrings in yellow. We simply love her top knot braided ponytail and oversized sunnies. Before you go ahead, stop to admire her off-beat choice of socks and shoes. "Miss being goofy on sets! #StayAtHome #BreakTheChain," read the caption.

Sunny Leone added another stunning summer-ready look to her timeline for Instafam.

Owing to the resurgence in COVID cases, Sunny Leone, on Monday, returned home from the shoot. She shared a picture featuring herself on a jetty. Along with the snap, the 39-year-old wrote, "Forced to go back home for lockdown! Stay safe, everyone." The actress can be seen casually dressed in a top and denim palazzos.

Sunny Leone announced her next movie, titled Shero, last month on Instagram. She will be leading the psychological thriller directed by Sreejith Vijayan. Here is the first look motion picture of Sunny Leone from the upcoming film, which will be released in Tamil, Hindi, Telugu and Malayalam.