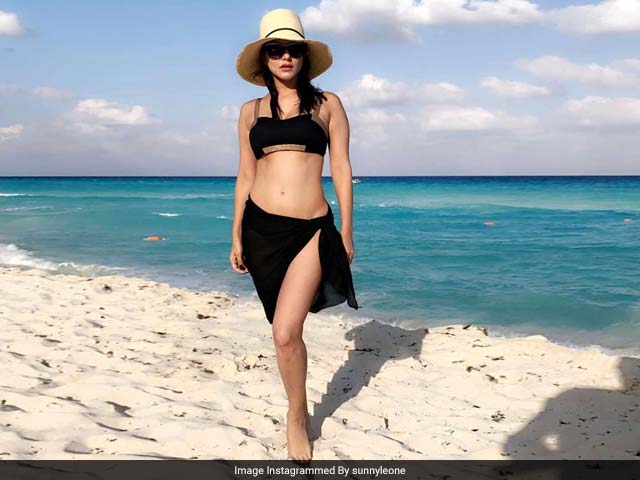 New Delhi: Actress Sunny Leone, who is currently holidaying with her husband Daniel Weber in the Mexican beach of Cancun, is keeping her fans and followers updated with envy inducing posts on Twitter. On social media, Sunny is setting major vacation goals posting postcard ready entries from her beach vacation in the North American country. "So nice to be on a beach vacation Cancun Mexico," Sunny captioned one of the pictures while she also posted a customary selfie with Daniel from the resort poolside. In Bollywood, Sunny Leone has starred in films like Ek Paheli Leela and Kuch Kuch Locha Hai. The 35-year-old actress also featured in a special song, Laila O Laila, in Shah Rukh's Raees.

Sunny Leone's vacation pictures are everything summer. We have curated them for you. You're welcome:

Finally at the pool this morning with @DanielWeber99pic.twitter.com/4Z7CnWVjsh

So nice to be on a beach vacation Cancun Mexico! pic.twitter.com/eoCU52gIqS

The Raees actress is perhaps prepping for a very busy schedule ahead of her. She will expectedly perform at pop sensation Justin Bieber's concert in India, which will be held as part of his Purpose Tour and is scheduled for May 10. "Her involvement should not come as a surprise, given that she is popular in India and overseas. In fact, a lot of big names are being considered," a source close to the organisers of the show told Mid-Day.

Promoted
Listen to the latest songs, only on JioSaavn.com
Meanwhile, Sunny is expected to make an appearance in a song in upcoming Telugu film PSV Garuda Vega. She will feature in a cameo appearance in Sonakshi Sinha's Noor. Baadshaho, co-starring Ajay Devgn and Emraan Hashmi, will also see Sunny in a special dance number appearance. Tera Intezaar, her film with Arbaaz Khan, is also in the pipeline.