Sunil Grover, After Alleged Fight With Kapil Sharma, Says 'I'm A Little Lost, Need To Surrender Myself To Good Work' 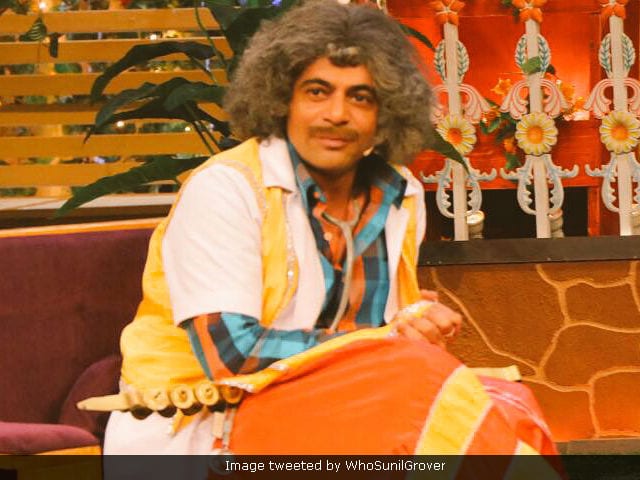 New Delhi: Sunil Grover has a message for all his fans after the much talked about public fallout with his longtime colleague Kapil Sharma. In a Twitter post, the 39-year-old comedian said that he doesn't know what the future has in store for him and thanked his fans for their love. "I am non-existent without the love. My public identity is just because of the love you shower. I embrace it. It fills my heart and leaves no place for hate," Sunil wrote. Sunil Grover, who starred in films like Gabbar is Back and Baaghi, said that he wants to "surrender" himself to "good work, good people who acknowledge my intentions genuinely."

In the post Sunil Grover did not mention Kapil Sharma, 35, or their altercation directly but said in a cryptic way: "Yes, I'm feeling a little lost at the moment and nervous too. Don't know what the future holds for me."

After the news of Sunil Grover and Kapil Sharma's fight spread like wildfire, the former did not appear on the latter's television programme, The Kapil Sharma Show. Instead of the usual faces, the audience met comedians Raju Srivastava, Ahsaan Qureshi and Ratan Pal on the last episode which aired on Friday. The episode featuring the trio aired was booed on social media, who missed Dr Mashoor Gulati's hilarious antics. Fans appealed to Sunil Grover to "forgive Kapil Sharma" and return to the show:

#forgive@kapilsharmak9 please forgive kapil @whosunilgrover we all are waiting for you both to come back together on the kapil sharma show.

@WhoSunilGrover sir u r the best ,,i just watched the kapil sharma show because of you ,,plz come back sir .

Promoted
Listen to the latest songs, only on JioSaavn.com
On Facebook, Sunil Grover also announced a live event which would also reportedly feature Kiku Sharda and other actors. The show is scheduled for April 1 in Delhi. Meanwhile, actors Ali Asgar, Chandan Prabhakar and Sugandha Mishra have also reportedly quit the show to support Sunil Grover.


Kapil Sharma had reportedly abused and physically manhandled Sunil Grover while the team was travelling in flight from Australia to Mumbai. After their altercation made headlines, Mr Sharma apologised to Mr Grover on Twitter saying: "Paji @WhoSunilGrover sry if I hurt u unintentionally.u knw vry well how much I luv u. M also upset .love n regards always:) (sic)." Mr Grover replied saying: "Yes, you hurt me deeply. Start respecting human beings also apart from animals. You are the wittiest, and the best in your filed but don't act like a 'god'."