Sunil Grover Congratulates Kapil Sharma On His Wedding To Ginni Chatrath, Says He Will Be At The Reception 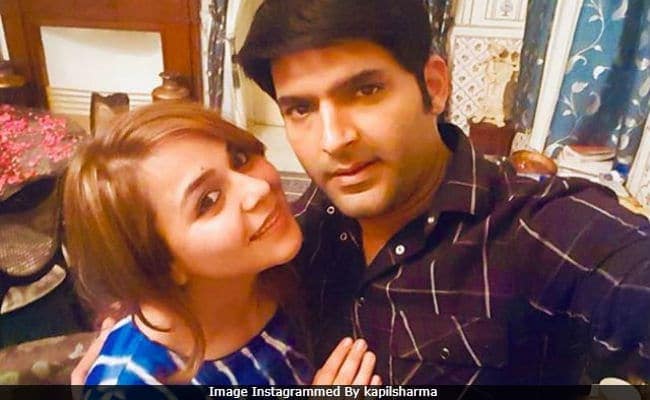 Kapil Sharma and Ginni Chatrath will get married in Jalandhar. (Image courtesy: kapilsharma )

Comedians Sunil Grover and Kapil Sharma might have parted ways in 2017, but as Kapil Sharma is set to get married to his girlfriend Ginni Chatrath, the comedian's former colleague Sunil Grover congratulated him. Sunil interacted with the media on the sidelines of the Indian Television Awards (ITA) on Tuesday and told news agency IANS: "We both have done some good work together so, there is an emotional connection. I congratulate him on his wedding. I pray that he remains happy." Sunil, who became a household name after featuring in the television show Comedy Nights with Kapil, added a dash of humour to his congratulatory message and said, "I hope that lady luck works for him. Earlier he used to create jokes on people's married life, now he will know how it feels after getting married."

In a previous interview, when Sunil was asked if we would like to collaborate with his former colleague again, he told IANS: "Time will tell, God will tell. Right now I am concentrating on my show and hope I am able to bring a smile on everyone's faces."

Meanwhile, Kapil Sharma will marry his girlfriend Ginni Chatrath in a traditional ceremony on Wednesday. According to an Indian Express report, the couple will get married at Jalandhar's The Grand Cabbana resort. Kapil and Ginni's wedding festivities will continue with the receptions, which will take place on December 14 in Amritsar and December 24 in Mumbai.