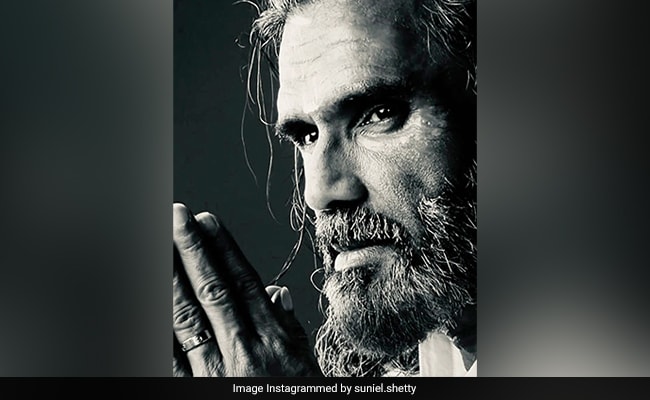 Taking to Instagram, the Hera Pheri actor unveiled the first look of his character from the series, which he captioned, "A new avatar, a new medium, a new journey...Presenting the first look of #Thalaiva, from #DharaviBank, my first step into the world of OTTs".

In the picture, the veteran actor shared a monochromatic and coloured, intense close-up look of his character with a heavy beard.

Vivek, on the other hand, sharing the first look characters on his Instagram, wrote, "Ready, set, adventure time! Here's the first look from #DharaviBank coming on @mxplayer soon! Are you ready to be a part of this journey with me and @suniel.shetty".

In the first look, the Inside Edge actor can be seen in a construction worker's uniform, aiming a gun with an angry look on his face.

Soon after the news broke out, fans swamped the comment section with good luck wishes for the 'Phir Hera Pheri' actor for his OTT debut.

The digital space is a rapidly growing industry and many big Bollywood celebrities including Akshay Kumar, Shahid Kapoor and Sidharth Malhotra are soon going to mark their OTT debuts.

The official release date of the web series is still awaited.

Whereas, the Prince actor was recently seen in a Malayalam film Kaduva with Prithviraj Sukumaran.