Sui Dhaaga Star Varun Dhawan On Why Actors Should Focus On 'Art, Not Business'

"People sometimes don't realise that I'm in films for the craft and I love it the most," said Varun Dhawan 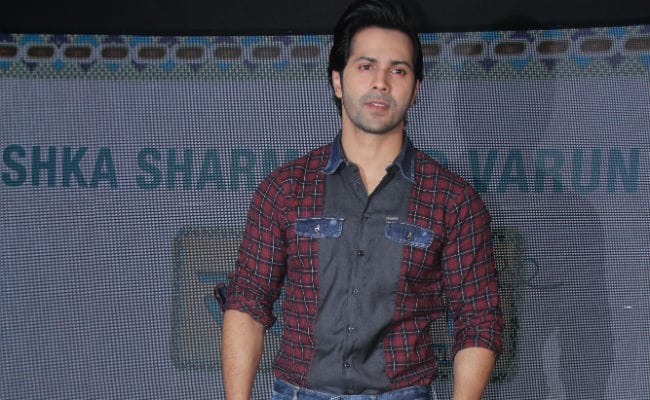 Varun Dhawan, who has delivered many hit films such as Humpty Sharma Ki Dulhania, Badrinath Ki Dulhania, Student Of The Year and ABCD 2, to name a few, believes that actors are responsible for the artistic aspect of films and not for its box office collection, reports news agency PTI. Varun, who is currently busy with the promotional duties of his upcoming film Sui Dhaaga, recently interacted with the media and told PTI: "It's not fair to demarcate art. It's film business but as actors we have to stop concentrating on the business part of it (all the time). We have to concentrate on the art part of it because eventually we are not here to only do business. As an artist, it is something totally different."

Varun Dhawan, who has been a part of several commercially successful films, also talked about how sometimes as an actor, he has to strike a balance between films which would fetch good business and the films that are content-driven. Varun added, "Sometimes you have to let go and do these films. Try, mix-match, explore and create. I know because my films have done business and they do make money. So people sometimes don't realise that I'm in films for the craft and I love it the most. That's my priority."

During the media interaction, Varun also talked about his character Mauji from his upcoming film Sui Dhaaga. "I relate a bit to the fact how Mauji wants to prove, especially to his father, that he is worth something and he can be the bread-earner of this family. A lot of youngsters will relate with that because every time you want to start with something new, the people to actually put it down first will be your relatives because they want you to be safe, especially in the middle-class families," PTI quoted Varun as saying.

On the work front, Varun Dhawan awaits the release of Sui Dhaaga, co-starring Anushka Sharma, in which he will be seen playing the role of tailor named Mauji. Directed by Sharat Katariya, Sui Dhaaga is slated to release on September 28.