Aryan Khan has shared pictures with his siblings - Suhana and AbRam Khan. 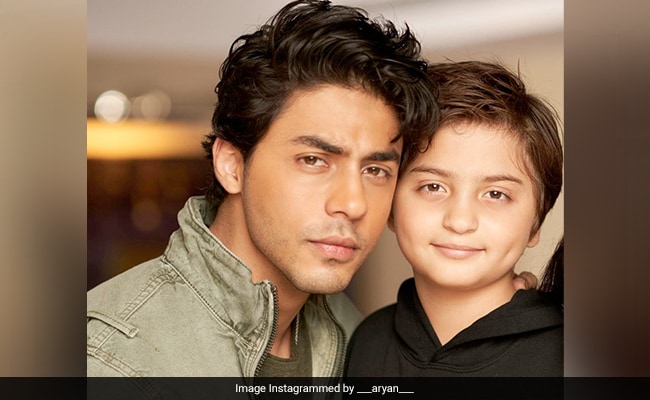 After a year, Shah Rukh Khan's son Aryan Khan dropped a post, and it's all about sibling love. On Monday, Aryan shared two pictures featuring his younger siblings - Suhana Khan and AbRam Khan. However, what grabbed our attention was the second photo. In the image, Aryan and AbRam are happily posing for the camera, while Suhana can be seen missing from the frame (actually, her brother cropped her out). On noticing this, Suhana immediately dropped a comment that read, "Thanks for the crop". She also wrote, "Love u," followed by heart emoticons.

Well, it seems Shah Rukh Khan also has a complaint. Reacting to the post, he wrote, "Why I don't have these pictures!!!!!! Give them to me NOW!" To this, he replied, "I'll send them to you the next time I post...so probably in a few years haha." Aryan Khan is the elder son of Shah Rukh Khan and Gauri Khan, who was arrested by the Narcotic Control Bureau (NCB) in a drugs-on-cruise case last year. It is Aryan's first post on Instagram since his arrest.

On the other hand, Suhana Khan is soon going to make her big Bollywood debut with filmmaker Zoya Akhtar's The Archies, starring Amitabh Bachchan's grandson Agastya Nanda and late actress Sridevi's daughter Khushi Kapoor. The movie also stars Vedang Raina, Mihir Ahuja, Yuvraj Menda and Dot. It is a remake of a popular comic of the same name. The film went on the floors in Ooty a few months ago and will stream on Netflix next year.