Suhana Khan Wants To "Unfollow" Agastya Nanda On Instagram Because... 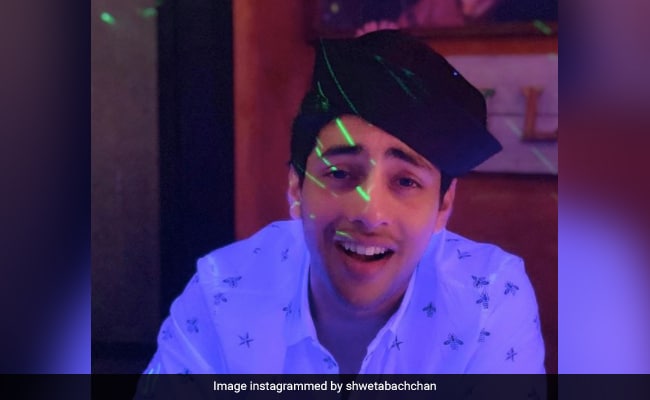 Did you see Amitabh Bachchan's grandson Agastya Nanda Instagram feed yet? It's very quirky. Agastya Nanda, son of Shweta Bachchan Nanda and Nikhil Nanda, flooded his Instagram profile, which appears to be an unverified account, with not-so-usual posts and pictures of himself on Tuesday that prompted an ROFL reaction from his friend Suhana Khan. Reacting to one of Agastya's recent post featuring a picture of the 19-year-old, Suhana Khan commented: "Unfollowing." That's not it, his sister Navya Naveli Nanda and actress Alia Bhatt also dropped hilarious comments on his other posts but more on that later. Check out Suhana Khan's ROFL comment on Agastya Nanda's post here:

Agastya Nanda's posts comprise pictures of him posing with sister Navya and his friends. On one of his posts, that shows a photoshopped picture of him with a quote, Navya Naveli Nanda hilariously commented: "Are you trying to be edgy?" In a separate comment, she wrote: "Please explain," reacting to which Alia Bhatt wrote: "hahaha exactly please explain your actions." Agastya Nanda is grandson of Neetu Kapoor's late sister-in-law Ritu Nanda and Alia is dating Neetu Kapoor's son Ranbir Kapoor. Agastya is often photographed at the Kapoors' fam-jam. Take a look: 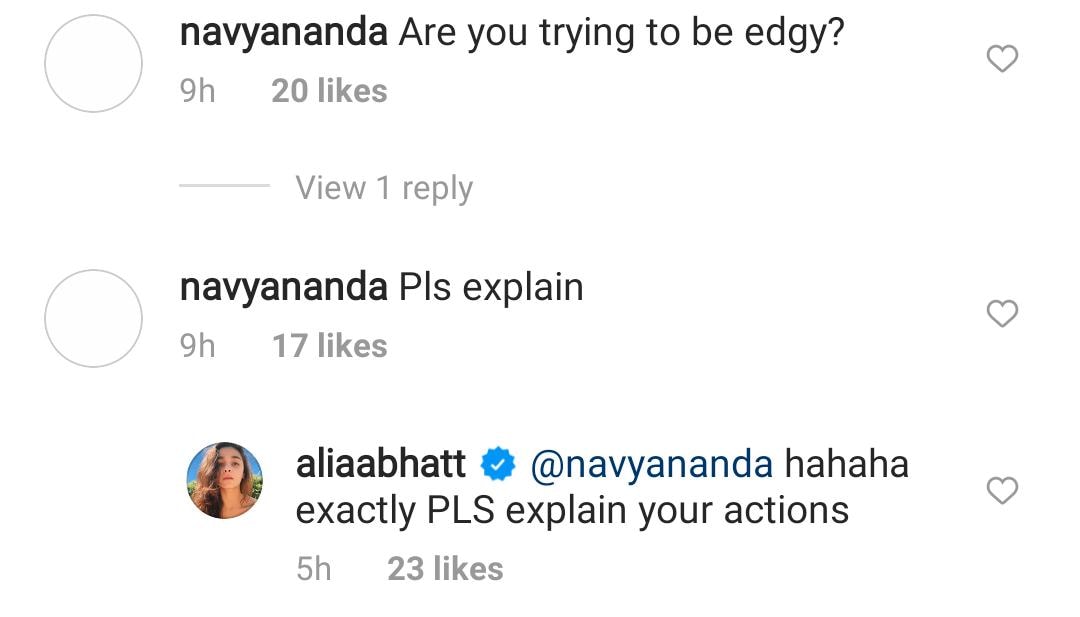 On the throwback photo of herself and Agastya Nanda, Navya Naveli Nanda commented: "Oh hello."

Almost all of Agastya Nanda's posts have received likes from mamu Abhishek Bachchan.

Shweta Bachchan Nanda married Delhi-based business Nikhil Nanda in 1997. The couple welcomed Navya in the same year while son Agastya was born in 2000. Agastya graduated from Sevenoaks School in Kent, London in 2019.