Stree, which has been in the theatres for two weeks now, has earned 97.67 crore so far 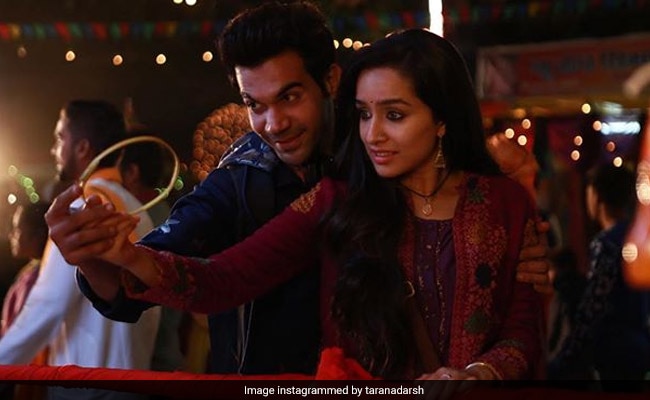 According to Box Office India report, Stree is expected to beat the box office record of Sonu Ke Titu Ki Sweety and Gold. "It will beat the business of Sonu Ke Titu Ki Sweety and Gold in a couple of days and then the Race will be on to see if it can reach the numbers of the another sleeper superhit of the year Raazi. The difference from next is that bigger films like Batti Gul Meter Chalu and Sui Dhaaga will release which could slow the collections of Stree."

In his review for NDTV, film critic Saibal Chatterjee gave Stree 3.5 stars. "Stree is a tour de force enlivened enormously by solid contributions from each and every technical department and the superlative turns from the principal actors. The cast is led admirably well by the splendid Rajkummar Rao. Go watch this spine-tingling film. It is completely madcap but there is method in its manic madness," he wrote.

Stree is based on a urban legend, in which a ghost (named Stree by the villagers) is suspected to be behind the mysterious disappearances of the men. The film also stars Aparshakti Khurrana and Pankaj Tripathi in pivotal roles.