Justin Bieber's note for Hailey put the couple on the list of trends. 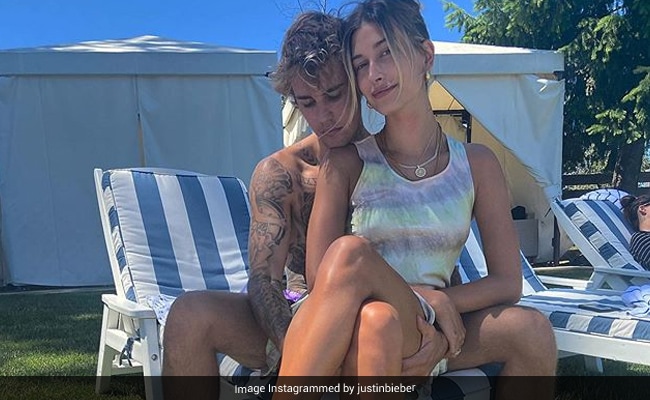 Singer Justin Bieber and his wife Hailey Rhode Bieber found a spot on the list of trends after the former posted loved-up pictures from an outing with a romantic caption. "I still can't believe you chose me," Justin wrote and tagged Hailey. Justin Bieber and Hailey knew each other since they were teenagers but they started dating in 2014. After dating for a while, Justin and Hailey parted ways but they rekindled their relationship in September 2018 and got secretly married in New York. Justin Bieber confirmed his wedding to Hailey in November 2018 by sharing a picture with the caption: "My wife is awesome."

But first, take a look at Justin Bieber's trending post:

I still can't believe u chose me @haileybieber !!

In October 2019, Justin Bieber shared pictures from his second wedding ceremony. Justin wore a tux while Hailey looked stunning in white. He wrote, "My bride is..." and added a fire emoji to his post.

Earlier this year, Justin Bieber revealed in an Instagram post (now deleted) that he has the Lyme disease. "It's been a rough couple years but getting the right treatment that will help treat this so far incurable disease and I will be back and better than ever," he wrote and added that he will address his struggle with the illness in a YouTube documentary.

Justin Bieber has four studio albums and 52 singles and six promotional singles to his credit. His last album Purpose (2015) sold over five lakh copies. Hailey Bieber, born Hailey Rhode Baldwin, is the daughter of actor Stephen Baldwin. She made a successful career as a model and has walked the ramp for designers like Tommy Hilfiger, Dolce & Gabbana, Guess and Elie Saab, among others.