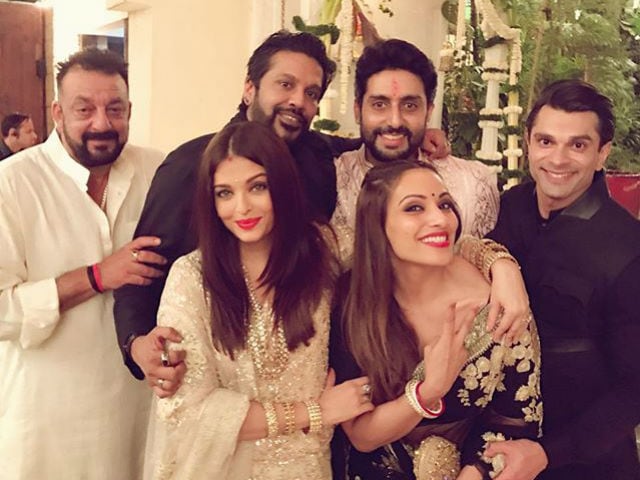 New Delhi: As every year, Bollywood celebrated Diwali on Sunday at the Bachchans' party, whose grand annual do has become the highlight of the celebrity calendar. This year, it was an event of the starriest sort, with Aishwarya and Abhishek Bachchan greeting their celeb guests dressed in Abu Jani-Sandeep Khosla. Amitabh Bachchan was spotted being driven to the party. 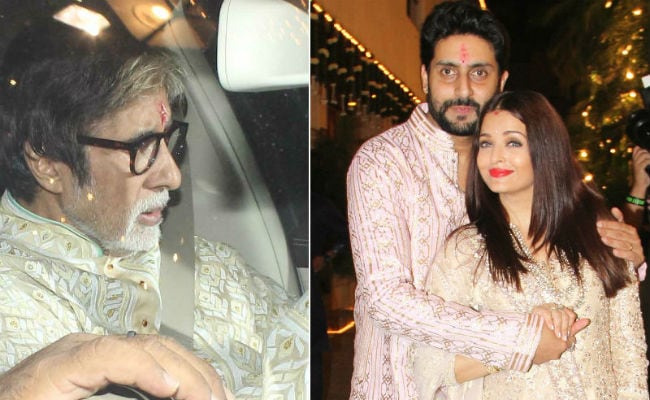 The A-list invitees comprised of colleagues and old friends of the family. Among them was Shah Rukh Khan, who has co-starred with every Bachchan in films like Kabhi Khushi Kabhie Gham, Mohabbatein, Devdas and Kabhi Alvida Naa Kehna. We only caught a fleeting glimpse of SRK, who missed his annual box office date with Diwali this year. 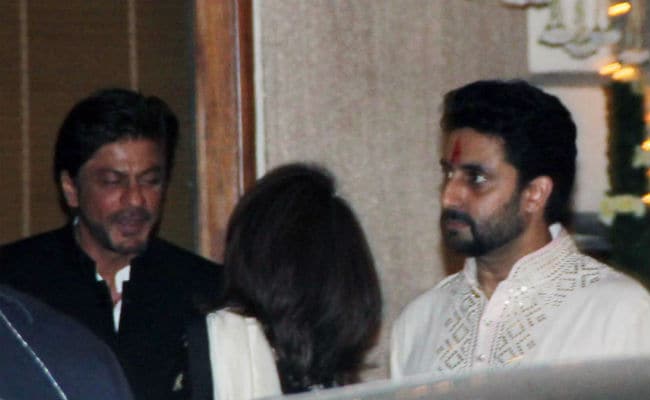 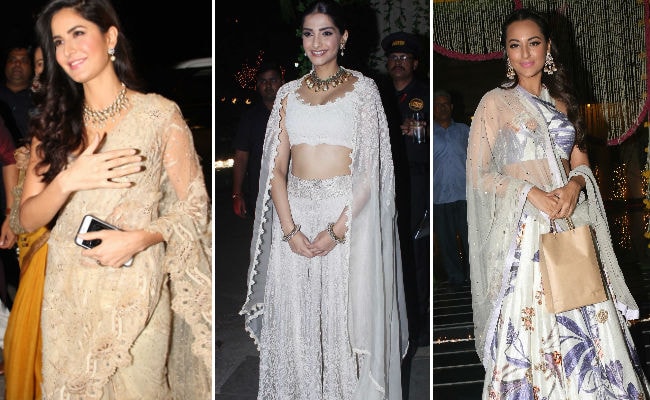 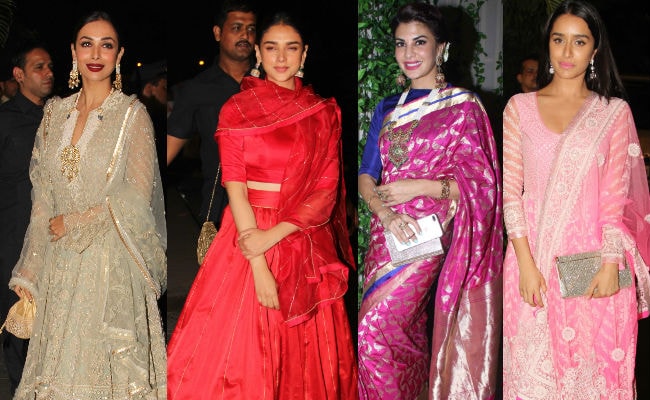 Bipasha Basu, lovely in Sabyasachi, and Karan Singh Grover were celebrating their first Diwali after getting married. They weren't the only loved up couple at the soiree - Dia Mirza, in Anita Dongre, was pictured with husband Sahil Sangha; Vidya Balan and Siddharth Roy Kapur looked like a dream, as did TV stars Kanchi Kaul and Shabbir Ahluwalia, and Bachchan niece Naina with her husband Kunal Kapoor. 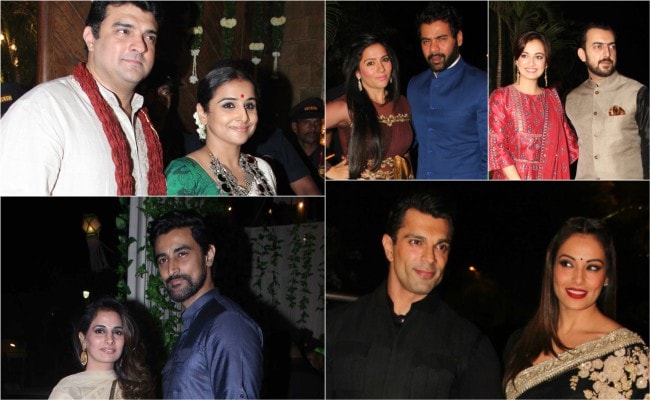 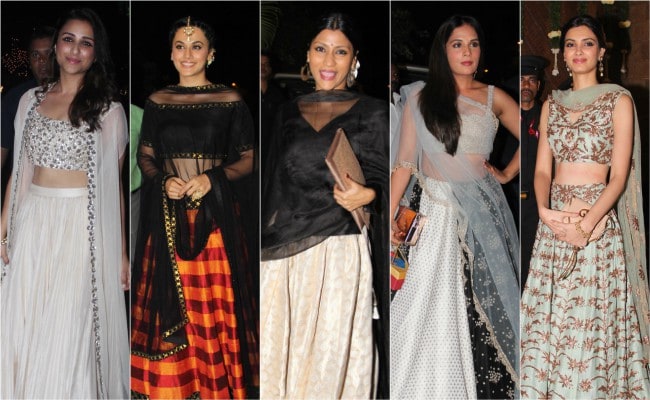 Flashbulbs popped when Sanjay Dutt arrived with wife Maanyata and posed with Aishwarya and Abhishek. 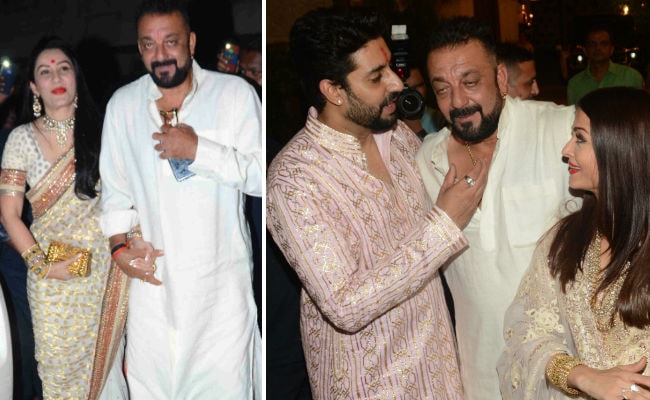 Promoted
Listen to the latest songs, only on JioSaavn.com
Sachin Tendulkar's arrival, complete with wife Anjali and son Arjun, also sent cameras into a frenzy. 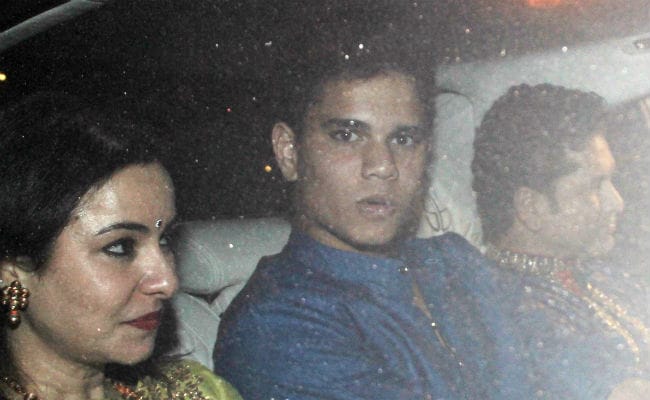 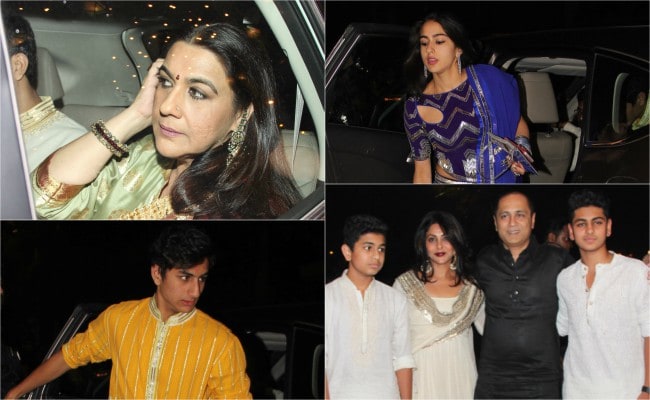 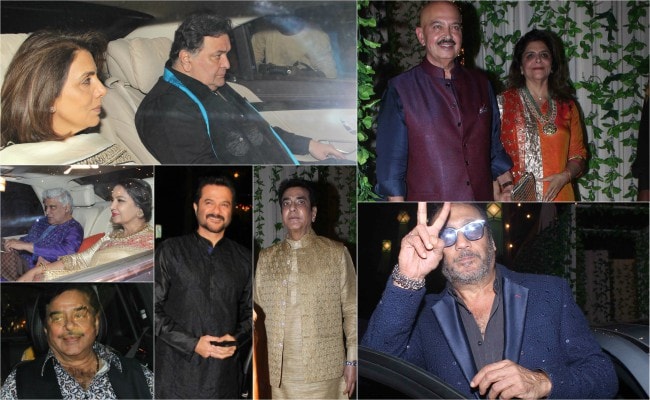 The Sholay days were represented by director Ramesh Sippy and wife Kiran Juneja, and actor Sachin with his wife Supriya Pilgaonkar. 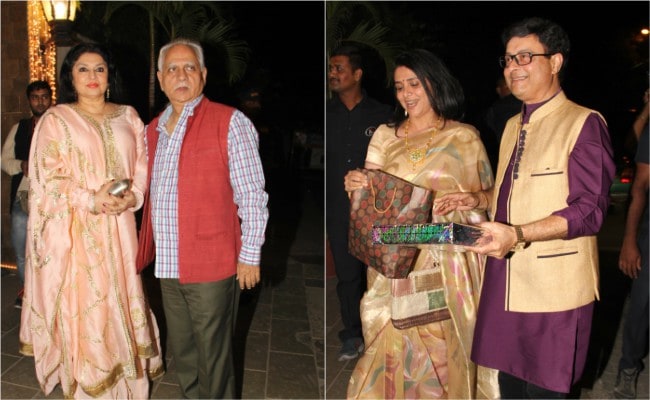 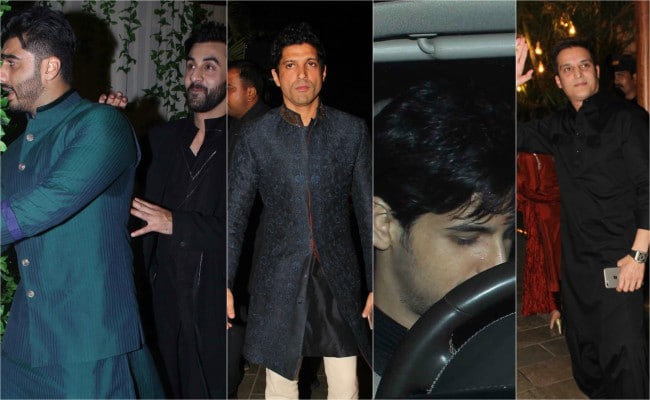 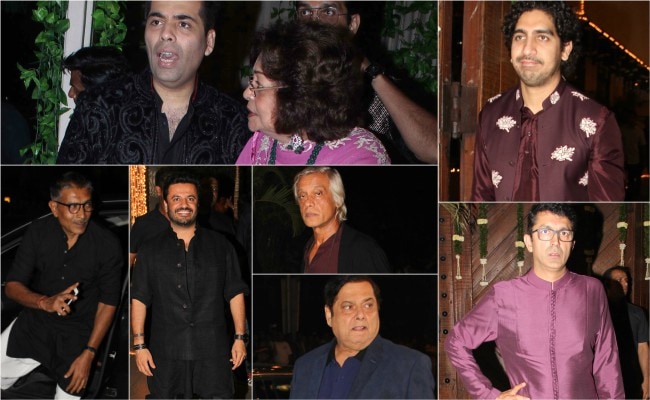