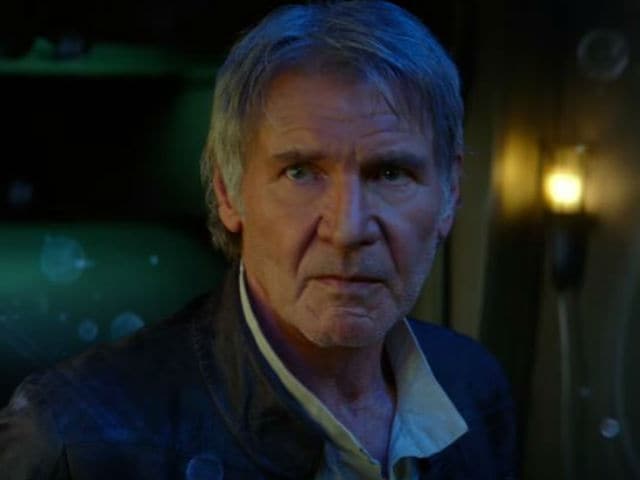 Los Angeles: A long time ago, in movie theaters around the world, a pop culture phenomenon was born.

Nearly 40 years after Star Wars first hit screens, excitement for next week's release of the latest installment in the blockbuster space saga is reaching fever pitch.

Fans of Han Solo, Princess Leia and Luke Skywalker are counting the days, hours and minutes until they can see Star Wars: The Force Awakens, the continuation of the epic created by George Lucas.

Stars will hit the red carpet for the film's world premiere in Los Angeles on December 14. The global roll-out will begin on Wednesday in France, Belgium and more than a dozen other countries before it officially hits US theaters Friday.

The intergalactic tale of good versus evil, friendship, loyalty and love created a defining moment in the history of popular culture and launched one of the biggest movie franchises ever.

The hype around the movie is such that 70 US super-fans are paying up to $5,000 to fly to Paris so they can see the film on Wednesday - two days before most Americans will have a chance to do so.

Some are making the 18,000-kilometer (11,200-mile) round trip from Los Angeles in one day, taking a bus from Charles de Gaulle airport outside Paris to a nearby cinema to see the movie, before returning to the US the same evening.

"It's so awesome to see all ages interacting with it in that enthusiastic way," Oscar-winning actress Lupita Nyong'o, who joins the franchise using motion-capture technology to play pirate Maz Kanata, told AFP.

Anticipation for Star Wars: The Force Awakens -- the first film in the franchise in 10 years - has been steadily building for months, with Disney unleashing a well-orchestrated advertising campaign of trailers and interviews with cast members that left fans wanting more.

The film features the beloved characters of the first trilogy of Star Wars films made between 1977 and 1983, with original cast members Harrison Ford (Solo), Carrie Fisher (Leia) and Mark Hamill (Skywalker) back for more, as well as some fresh faces.

There is also no escaping The Force in grocery stores, cosmetic shops, restaurants, ice cream stands - and just about anywhere else.

Experts predict that products tied to the film could bring in up to $5 billion in revenue for Walt Disney Company, which paid $4 billion for Lucasfilm in 2012.

"We have all been holding our breath ever since we heard the movie was going to production," said Lawrence Green, a Los Angeles government attorney and avid fan who is a member of the 501st Legion, a Star Wars costuming club where he dresses as Skywalker.

"Finally, we will be able to exhale," the 40-something said.

Mr Green said he has purchased five sets of advance tickets for Star Wars: The Force Awakens as well as seats for the Star Wars marathon that begins at 1:00 am on December 17 and ends nearly 18 hours later - after all six previous films - with a preview showing of the new film.

He will be accompanied for the back-to-back screenings by his mother and his wife, also avid fans.

Those without advance tickets for opening night in the United States may be out of luck, with many theaters already sold out.

The Force Awakens has notched up $50 million in domestic pre-sales, according to US media, breaking the record set by The Hunger Games in 2012.

In France, a record 300,000 advance tickets have been sold while in Britain, 200,000 tickets were purchased in the first 24 hours of availability on October 20, also a record.

In Turkey, fans' religious devotion to the franchise has taken a more political turn, with nearly 9,000 signing a petition demanding a Jedi temple at the Dokuz Eylul University in the western city of Izmir.

Their call has been seen as a satirical riposte to a controversial wave of mosque building on campuses across the country, but in a statement, the petition's organizers insisted Turkish Jedi knights were in dire need of training.

"Uneducated Padawans (apprentice Jedi) cannot control their power and (are) forced to swap to the Dark Side," the petition says.

The wide reach of the iconic space epic is clearly reflected in the $4.4 billion it has generated in worldwide ticket sales since it began in 1977, according to tracker website Box Office Mojo.

And the latest chapter could well make it the undisputed champion at the box office as far as franchises go, industry experts say.

Elated fans are watching the clock tick down toward the big day, with many saying they are more than ready for the wait to be over.

"I am so excited about the movie that I can put up with just about anything for a week or so," said Scott Allen, 51, a software technician in Los Angeles.