Hema Malini attended Sridevi's condolence meet like many of her colleagues such as Rekha, Deepika Padukone, Kajol and Aishwarya Rai Bachchan 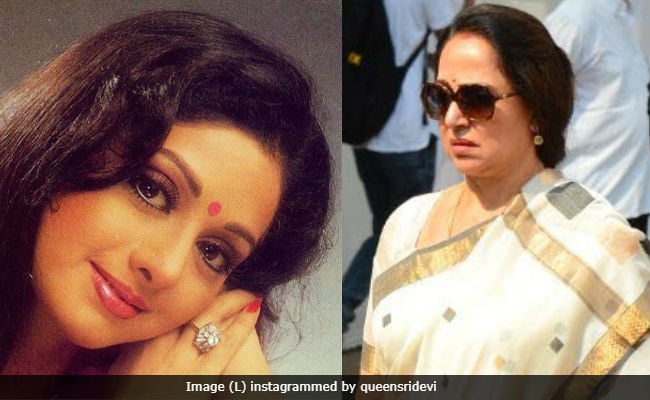 New Delhi: "Sridevi lay there, beautiful in a red saree, serene in death and totally at peace." Hema Malini leaves us these evocative words of the superstar who was so loved and admired and will be so missed. Sridevi, whose sudden death last Saturday shattered fans and colleagues, has begun her final journey today dressed as a bride and wrapped in the national flag. She was just 54. Hema Malini and others from the film fraternity bid her farewell this morning. "The entire industry was there grieving, some on the verge of breakdown. Such was her aura," Hema Malini wrote. Read her beautiful words:

Paid my last respects to Sridevi. The entire industry was there grieving, some on the verge of breakdown. Such was her aura & magic in films. She lay there, beautiful in a red saree, serene in death & totally at peace.

Hema Malini also added a note on how beautifully things had been arranged. Sridevi's husband Boney Kapoor, stepson Arjun and brother-in-law Sanjay were in Dubai yesterday to bring her back. Her other brother-in-law and co-star of many films, Anil Kapoor, and other family members were in Mumbai to oversee arrangements.

Arrangements were so well made that the whole atmosphere was tranquil, everything was smooth & executed with finesse - befitting the departed soul. Goodbye dear friend! 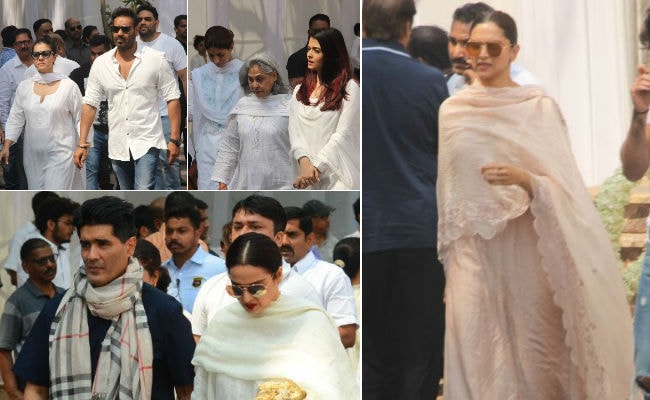 Yesterday, Hema Malini tweeted a rebuke over the public dissecting of Sridevi's death.

A beautiful girl, a wonderful actress, a lovely human being - Sridevi -has so suddenly been snatched from our midst. What is most needed now is compassion for her 2 young girls deprived of their mother and for her grieving husband. (Contd)

This is not the time to analyze the reasons or belittle her passing away. Let us instead resolve to bestow on her the dignity of death & show her the respect she deserves. We owe it to her.

Sridevi's sudden passing away has left me in deep shock. Can't imagine how such a bubbly person, a wonderful actor, is no more.She has left a void in the industry that cannot be filled. Boney is a good friend & I've seen their daughters grow up. My prayers are with the family

Promoted
Listen to the latest songs, only on JioSaavn.com
Sridevi drowned accidentally on Saturday in a Dubai hotel bathroom. She was there attending the wedding of Kapoor nephew Mohit Marwah and had been getting ready to go out for dinner with her husband Boney Kapoor. Most of the family had flown back to Mumbai. So had Boney Kapoor - he returned to Dubai as a surprise for his wife.

Sridevi, adored, loved and respected by her colleagues as much as her fans, leaves a legacy of iconic films such as Moondram Pirai, its Hindi remake Sadma, Chandni and Mr India.