At 16, Divya travelled alone to Mumbai with a suitcase full of dreams and after numerous auditions, the actress got her big Bollywood break in the hit film Ab Tumhare Hawale Watan Saathiyo 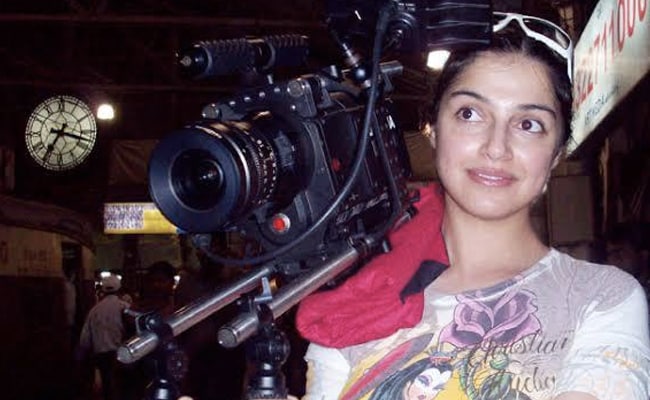 A photo of Divya Khosla Kumar.

Divya Khosla Kumar continues to remain one of the most celebrated faces in the Indian entertainment industry. Her journey, however, has not been completely rosy contrary to popular belief. At the tender age of 16, Divya travelled alone to Mumbai with a suitcase full of dreams and after numerous auditions, the actress got her big Bollywood break in the hit film, Ab Tumhare Hawale Watan Saathiyo opposite none other than Akshay Kumar. Having completed a course in cinematography and editing, she later shifted to working behind the camera and ended up directing many commercials and music videos for leading names in the music industry.

We stumbled upon this picture captured at Victoria Terminus station, where Divya Khosla Kumar shot Let's Go to Mumbai City for Adnan Sami and international artist Jermaine Jackson, Michael Jackson's brother. After establishing herself as a formidable director in the ad and music industry, she went on to direct two films Yaariyan and Sanam Re, both of which did encouraging well at the box office.

Reminiscing about her struggles as a young voice determined to make it big, says Divya Khosla Kumar, "When I came to Mumbai, I was working behind the scenes for 10 long years. Back then, music video budgets were insignificant and I had no assistant directors or art directors for most of the songs I directed. I remember a time where I was filming in Switzerland, running around and putting posters on the walls myself. When you are behind the camera, the hard work and dedication goes unrecognized, which is why I have so much respect for the unsung heroes and technicians on sets."