Dhvani was selected as the 'Artist of the Month', proudly representing India at the iconic landmark 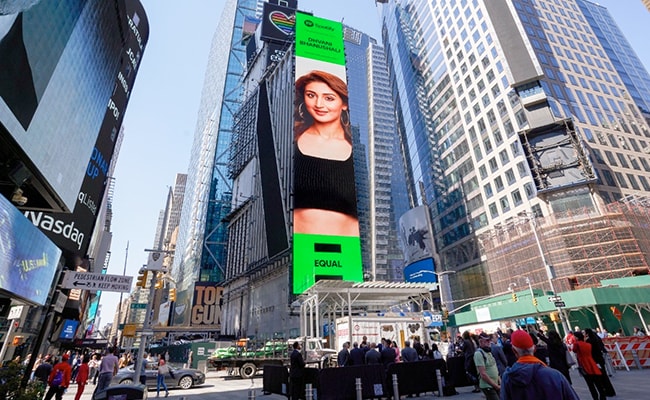 India's youngest and most successful popstar, Dhvani Bhanushali, who boasts of fans both on home turf and across the globe, features on the Times Square Billboard for the month of May.

As part of Spotify's Equal campaign that features women artists from across the globe, Dhvani who has consistently been a record-breaking artist, was selected as the 'Artist of the Month', proudly representing India at the iconic landmark.

Referred to as 'the Crossroads of the World', Times Square in New York is one of the biggest commercial intersections and tourist attractions in the world - It's also a spot reserved for the most popular projections in the world.

Fresh off the success of her last single Dynamite, Dhvani adds another hit song to her list which also includes other chartbusters like Vaaste, which crossed 1 billion views and featured amongst the Top 10 most liked music videos globally, making her the only Indian music artist to feature in YouTube Rewind 2019, Dilbar, Leja Re, Ishaare Tere, Candy, Mera Yaar, Mehendi and Dilbar among others.