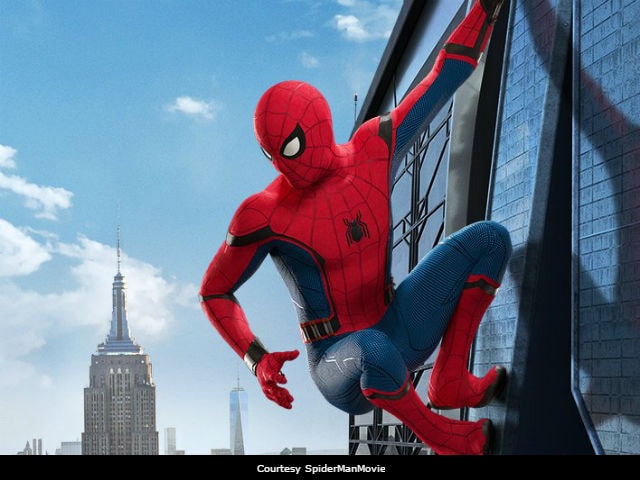 Spider-Man: Homecoming: A poster of the film

New Delhi: The newer, fresher and younger Spider-Man made his debut appearance in 2016's Marvel superhero movie Captain America: Civil War and was unanimously loved by fans of the superhero crawler. Now, Spider-Man: Homecoming, the new spidey movie, has sent the internet into a meltdown ahead of the new trailer's arrival on Tuesday. c. The trailer is just hours away and ahead of that, the suited-spidey can be seen watching over his city, for "Homework can wait. The city can't."

Meanwhile, the trailer of Spider-Man: Homecoming will be released in 10 Indian languages, reported trade analyst Taran Adarsh. "Yes, you read it right. Spider-Man: Homecoming trailer will be in Hindi, Tamil, Telugu, Gujarati, Marathi, Punjabi, Malayalam, Bengali, Bhojpuri, Kannada. One trailer to be launched every day," Mr Adarsh wrote on Instagram.

Quickest way to get home. #SpiderManHomecomingpic.twitter.com/O50JUhWKKr

Promoted
Listen to the latest songs, only on JioSaavn.com
What makes Spider-Man: Homecoming that extra bit special is the inclusion of Tony Stark, yes, Marvel's the-very-outspoken Iron Man, in the story. Tom Holland's peter Parker is overwhelmed with his newly-discovered superpowers and Tony Stark mentors him in his signature style - a glimpse of which was there in Civil War. Meanwhile, the first trailer of Tom Holland's film released in December and took the Internet by storm. The trailer revealed that the new Spider-Man is clearly in awe of Tony Stark, who even invented cool gadgets for the new spidey's suit. Watch the trailer here:


Directed by Jon Watts, the Spider-Man reboot is scheduled for July 7, 2017.