Soumitra Chatterjee Put On Ventilator Support; "It Is A Steep Challenge," Says Doctor

Soumitra Chatterjee has multiple comorbidities that are worrying doctors. He has been in hospital now for 21 days, 18 of those days in the ITU. 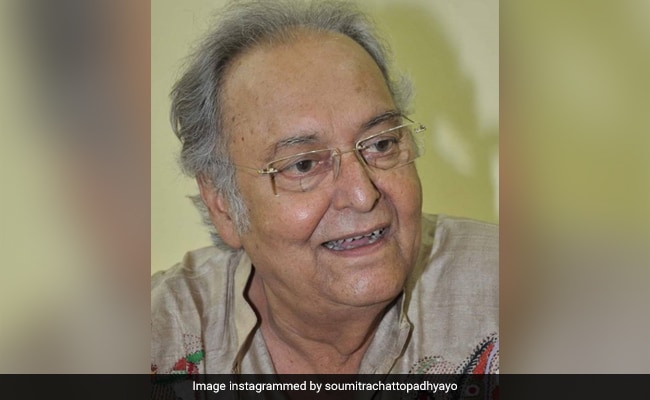 The health condition of veteran actor Soumitra Chatterjee deteriorated on Monday evening even after he was put on ventilator support at 3 pm. He was barely conscious, doctors treating him at Belle Vue Clinic in Kolkata said. His kidneys, which were functioning without support till Monday, now appear to have been impacted and his urea and creatinine levels have gone up.

Earlier in the day, around 3 pm, the 85-year-old thespian was put on ventilator support with an endotracheal intubation to protect his airways, the doctor said. Three hours after the invasive procedure, doctors said Mr Chatterjee's condition seemed stable. But in an 8 pm bulletin on Monday, doctors reported kidney trouble for the first time in the actor's 21-day-stay at the hospital where he was admitted with COVID-19 on October 6.

"He is not that well. His condition has definitely deteriorated," Dr Arindam Kar of Belle Vue Clinic said. He is leading the team taking care of Mr Soumitra Chatterjee.

Among other complications is a patch in in the exterior of the lungs which may indicate the onset of fresh pneumonia.

Mr Chatterjee was admitted to Belle Vue Clinic on October 6 a day after he tested positive for COVID-19. Three days later, he was moved to the intensive care unit after he developed COVID-19 encephalopathy which rendered him barely conscious.

Last week, doctors did suggest an improvement in his health condition but signaled complications since Sunday.

Soumitra Chatterjee has multiple comorbidities that are worrying doctors. He has been in hospital now for 21 days, 18 of those days in the ITU.

"It is a steep challenge," Dr Arindam Kar said in his last briefing on Monday. "Time and again, new things coming up because of age, comorbidity and the repercussion of treatment and medication."