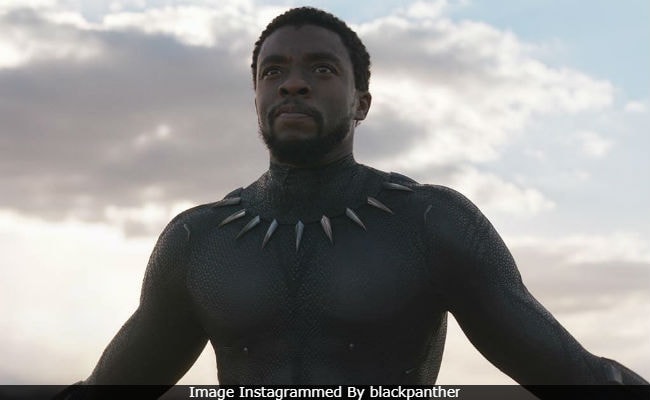 When it's not #OscarsSoWhite, it's #OscarsSoPopular. The Academy's announcement that they are expanding the list of award categories to include one for Best Popular Film has been greeted with scorn and derision on social media, which suspects that the Academy simply wants an excuse to leave blockbusters such as Black Panther out of the Best Picture nominations. "The Best Popular Film makes zero sense," a tweet hashtagged #OscarsSoPopular read. "Black Panther's unprecedented success is a remarkable achievement for black filmmaking. The Oscars: 'Let's make up a new ghetto category so we don't have to give it Best Picture'," another user tweeted. "The Oscars creating a whole new category so they don't have to acknowledge Black Panther in the best picture category is the most racist and elitist thing I have heard today," read yet another tweet.

THE OSCARS: "Let's make up a new ghetto category so we don't have to give it Best Picture."#Oscars#BestPopularFilm#BlackPanther#Marvel

The #Oscars creating a whole new category so they dont have to acknowledge #blackpanther in the best picture category is the most racist and elitist thing i have heard today.

Here are some of the other tweets criticising the Academy's decision.

My thoughts on the Oscar changes. #oscars#Oscars2019#AcademyAwards#OscarsSoPopularpic.twitter.com/AzsadDR0iY

So the art, effects, and writing people aren't important but let's have a popular movie category? Man the academy must have taken the stupid pill #OscarsSoPopular

The Oscars are now officially a popularity contest. THIS BRINGS BACK SO MANY BAD MEMORIES OF MIDDLE SCHOOL. #OscarsSoPopular

If the Academy won't introduce a
BEST BEARD
category, can we at least get a
MOST POPULAR BEARD
Oscar? Or a lifetime achievement type of award, but for beards? I just want an award, man. pic.twitter.com/dHADiiJON6

If the new #Oscars category would have been created a few years earlier, Twilight may be an Oscar-winner now. Let that sink in.

Now, the new category doesn't become effective until 2020 so it's unlikely that Black Panther, a film beloved by both critics and the box office alike, was the intended target. However, the Academy's latest attempt at inclusivity is being seen as wrong-headed at many levels. Several tweets have flagged controversial past Best Picture winners that were awarded over arguably worthier contenders - such as Forrest Gump over Pulp Fiction. Such wins prove the Oscars have always favoured the popular film, Twitter thinks. Actress Frances Fisher, who starred in Titanic, seen as among the most undeserving Best Picture winners of all time, offered advice on how the Oscars can actually be improved.

How To Make The Oscars Better:
1. Let the Winners Speak! (Stop cutting acceptance speeches short; we watch to see & hear the Winners)
2. Cut long walks to the podium (We saw the dresses)
3. Cut the presenters banter (We don't care)
4. Stop trying to be hip
5. Bring Classy back

Ms Fisher's plea to let the winners be allowed to speak will likely go unregarded - not only is the Academy going to award popular films, it also plans to cut the ceremony short.

"Change is coming to the Oscars," tweeted the Academy of Motion Picture Arts and Sciences last evening.

Change is coming to the #Oscars. Here's what you need to know:

- A new category is being designed around achievement in popular film.
- We've set an earlier airdate for 2020: mark your calendars for February 9.
- We're planning a more globally accessible, three-hour telecast. pic.twitter.com/oKTwjV1Qv9