The Academy Awards have suffered from low ratings in recent years 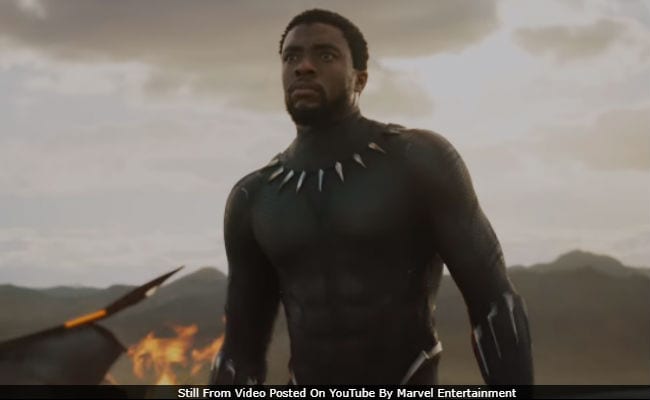 The Academy of Motion Picture Arts and Sciences announced Wednesday a few changes to future Oscars telecasts: The televised ceremony will be limited to three hours; the 2020 ceremony will be bumped up two weeks to February 9; and, to the disdain of many, a new category will recognize achievement in popular film.

"We have heard from many of you about improvements needed to keep the Oscars and our Academy relevant in a changing world," president John Bailey and CEO Dawn Hudson wrote in an email sent to Academy members. "The Board of Governors took this charge seriously."

The changes were determined in a meeting held Tuesday night, where the board also reelected Bailey.

The Academy Awards have suffered from low ratings in recent years. This year's nearly four-hour telecast, hosted again by Jimmy Kimmel, dropped 19 percent from the previous year to just 26.5 million viewers, according to the Hollywood Reporter - an all-time low. Bailey and Hudson added that shortened telecasts aim to deliver "a more accessible Oscars for our viewers worldwide." Certain categories - which have yet to be announced but will presumably include those honoring technical achievement - will be presented during commercial breaks.

Eligibility requirements for the new category have not been publicized, either, but several critics have accused the academy of pandering and lessening the stature of the best picture category.

IndieWire chief film critic Eric Kohn told The Washington Post that the "crass" category frustrates him. The Oscars seemed closer than ever before to "recognizing quality cinema across the board," he said, especially considering the progress independent films have made in the best picture category over the past two decades. Films that travel the festival circuit rarely garner the amount of attention that big-budget projects do, and he valued seeing once-marginalized works pushed into the spotlight.

"When that whole snafu happened with best picture, you had the La La Land folks and Moonlight folks on stage at the same time," he continued, alluding to the more than $20 million difference between their budgets. "Barry Jenkins and Damien Chazelle were directors who 10 years ago were making independent films. It was symbolic that they had [both] gotten to the stage where they were being recognized in the best picture category for what they had done."

Kohn said the academy seems to be inaccurately attributing their ratings drop-off to movies like "Moonlight" appearing in the best picture category as opposed to the kind that make more money at the box office. "We have the MTV Movie Awards for that kind of junk," he said.

Katey Rich, deputy editor of VanityFair.com, wrote in a column Wednesday that the new category has already been deemed the "Black Panther" award. The academy seems to be acting out of a fear that it will be considered out of touch if it doesn't make room for movies like this one, she told The Washington Post, and there have historically been a lot of international members who don't care much for superhero movies.

But times have changed. Not only is Black Panther worthy of a best picture nomination, Rich said, but the academy has made a concerted effort to up its diversity in recent years. The decision to create an entirely new category might have been shortsighted.

"Biases the Academy has had for years are falling apart," she continued. "Had they waited a few more years, a Marvel movie would have gotten in there if it was good enough."

Rich was more upset by the decision to shorten the telecast by distributing some awards during the commercial breaks, echoing Atlantic staff writer David Sims, who tweeted that "refusing to broadcast technical awards is much, much worse and more depressing." By including all 24 awards in the televised ceremony, the Oscars always seemed more democratic to Rich than the Tonys or Grammys, which only present some trophies on air. Sound mixers and composers got to have their moment at the Academy Awards.

"It seems demeaning to people who work really hard," she said. "Craftspeople make up a huge part of the academy membership."

Bonnie Bruckheimer, a producer and current professor at the University of Southern California who has been a member of the academy since 2002, gave the organization more credit. It is "hanging on by a thread," she told The Washington Post, and its leadership is trying whatever it can. She clarified that she isn't afraid to speak her mind - "I'm not a wilting flower, I write when I'm upset about certain things" - but doesn't consider these changes to be that big of a deal.

"I started to look at some of the articles written about it, and there's so much anger," she said, surprised. "And the tweets! Oh my God, the tweets."