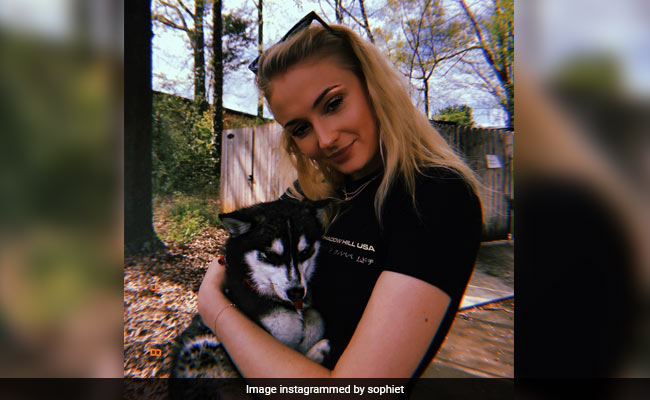 Sophie Turner and Joe Jonas' dog Waldo died in a car accident in New York on Wednesday, reports TMZ. According to the report, the Alaskan Klee Kai went out for a walk on the streets of Manhattan, when he got rid of the leash and was hit by a vehicle. As of now, neither Sophie nor Joe have announced the news. "We're told it happened Wednesday on the Lower East Side of Manhattan. Their dog walker had Waldo on a leash when the dog got spooked by a pedestrian, broke free, ran into the street and was struck by a vehicle. A rep for Joe called it "a freak accident," the TMZ report stated.

Needless to say, Sophie and Joe were super attached to Waldo, who frequently made appearances on the Game Of Thrones actress' Instagram profile. Take a look at some of the posts here:

Hey Barbie, you wanna go for a ride?

Welcome to the family @waldopicassojonas

Sophie was frequently seen expressing her love for Waldo in her Instagram posts. Here are some more pictures of Sophie and her pet pooch:

Me n my son

Sophie Turner married singer Joe Jonas in France in July this year. The wedding was attended by the couple's close friends and family members. The couple earlier had an impromptu chapel wedding in Las Vegas, which was officiated by an Elvis Presley impersonator.

Sophie Turner is best-known for playing the role of Sansa Stark in the popular television show Game Of Thrones. On the work front, she was last seen in the film X Men: Dark Phoenix.