Aila Re Aillaa: "It's nothing short of a celebration," wrote Akshay Kumar 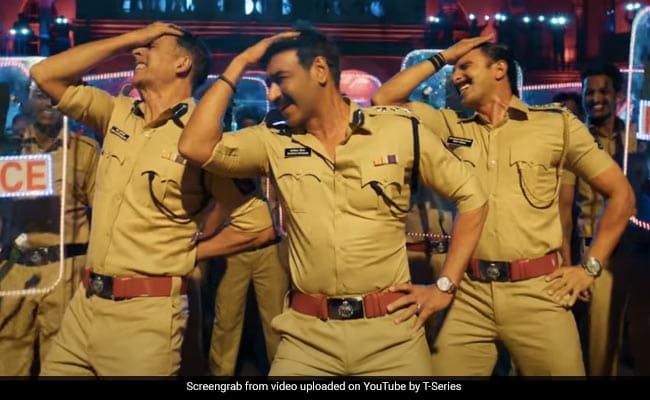 So the first track from Rohit Shetty's film Sooryavanshi released today and let's just say it is so worth the wait. Aila Re Aillaa is a redux of the track from another Akshay Kumar film - Khatta Meetha. The track begins with Akshay Kumar aka Sooryavanshi dancing on the dance floor. Some catchy dance moves and flying cars later, Simmba aka Ranveer Singh enters the frame and the energy of the song goes to a different level altogether. After a super fun dance routine, OG Singham (Ajay Devgn) makes a grand entry. What follows are some quirky dance moves. The trio ends the song by giving a salute to the Police forces.

The track has been sung by Daler Mehndi and the music has been recreated by Tanishk Bagchi and the new lyrics are by Shabbir Ahmed. The song originally, was composed by Pritam and written by Nitin Raikwar for the film Khatta Meetha.

Check out the track Aila Re Aillaa here:

Sooryavanshi is the fourth film in Rohit Shetty's cop universe. Ranveer played the role of a police officer in the 2018 film Simmba while Ajay Devgn starred in the cop series Singham. In Sooryavanshi, Akshay will play the lead role of Veer Suryavanshi, a character that was introduced as an Anti-Terrorist Squad (ATS) officer in a cameo role in the 2018 film Simmba, which also starred Sara Ali Khan. Katrina Kaif will play Akshay's love interest in the film. The film has been produced by Karan Johar's Dharma Productions. It is slated to release in theatres on November 5.

The film's release date has been rescheduled multiple times due to lockdowns and Covid-19 pandemic. The film will clash with Marvel's Eternals at the box office.