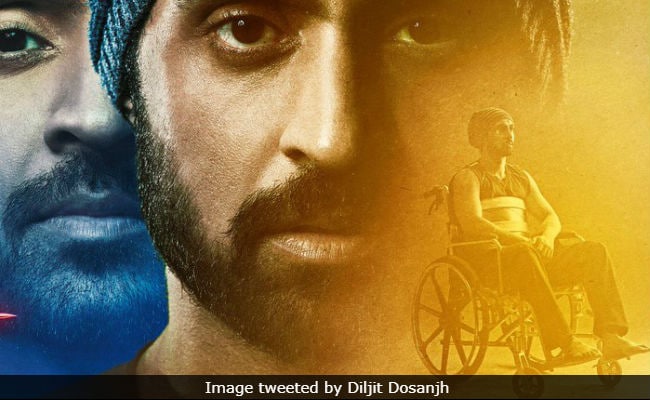 New Delhi: Diljit Dosanjh, who will be seen portraying the role of a hockey player in the upcoming biopic Soorma, said that he feels "shameful" that he wasn't acquainted with the struggles of former captain of the Indian hockey team Sandeep Singh, reports news agency PTI. The actor said: "I knew that he was the captain but didn't know he was shot on his back. When I started playing hockey, I realised the entire game relies on your back- you have to bend to play it. So the pressure is double. "What I didn't know was, how a man who was shot, stood up, recovered and made a world record. It was shameful, but we didn't know." Soorma also features Taapsee Pannu as a hockey player.

Taapsee Pannu, a self-proclaimed sports enthusiast, revealed that she had a sense of "embarrassment" because she wasn't aware of the former hockey captain. "There was a guilt that why weren't we aware. It is just probably a way to rectify it. Let us be the medium to present his story. I hope now no one else says the same after the film," PTI quoted her as saying.

Directed by Shaad Ali,Soorma is based on the life of former captain of the Indian hockey team Sandeep Singh, who, despite being shot on his back and getting injured, continued playing. Sandeep Singh was reportedly paralysed after the shooting but he overcame all hindrances and returned to the game. The film will hit the screens on July 13.

Diljit Dosanjh has worked in Bollywood films like Udta Punjab and Phillauri and was last seen in Welcome To New York opposite Sonakshi Sinha.

Promoted
Listen to the latest songs, only on JioSaavn.com
Taapsee Pannu has featured in films such as Pink, Judwaa 2 and Naam Shabana to name a few. Apart from Soorma, she has Tadka, Mulk and Anurag Kashyap's Manmarziyaan in the pipeline.