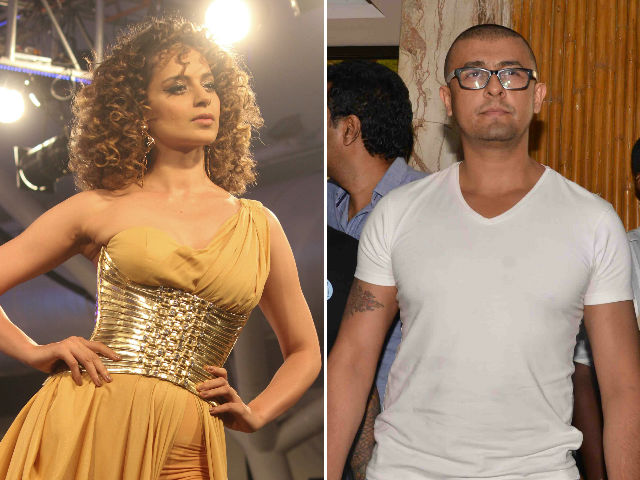 Kangana Ranaut says what Sonu Nigam said should be considered

New Delhi: Actress Kanagna Ranaut, talking about Sonu Nigam's recent controversy over his tweets about the azaan, said that she "loves" the sound of azaan but what the singer said should also be considered, reported news agency PTI. "I can't speak for anyone but I really love azaan," the Queen actress told reporters in Mumbai and added: "But that's not to say what he is saying shouldn't be considered." Last week, Sonu Nigam in a series of tweets slammed the use of loudspeakers in a mosques and temples. In one of his tweets, Mr Nigam described being woken by the morning azaan as 'gundagardi.' His tweets divided social media including some of his colleagues.

At an event on Friday, when Kangana was asked to comment on the matter, she told PTI: "Even when we were shooting in Lucknow I loved the sound of it. I'm speaking for myself. Be it any religious activity, be it any gurudwaras, temples or mosques I love them. I visit all these places. We even go for Christmas mass." Kangana added: "But that's not to say what he is saying shouldn't be considered, that's his opinion and he should be respected for that. And that's the idea of bringing it on social media so that it can be discussed."

After Mr Nigam's tweets went viral, a senior cleric in West Bengal issued a fatwa and announced a reward of Rs 10 lakh to anyone who'd shave the singer's head. The following day, Mr Nigam announced on Twitter that a barber would come to his place to shave his head, "Keep your 10 lakhs ready Maulavi."

On Wednesday, Sonu Nigam invited media to his Mumbai residence and actually shaved his head saying, "Shaving hair is no challenge or negativity, it's a symbolic move - asking, what are you making this country? What are these fatwas?" However, after Mr Nigam's press conference, the cleric told NDTV that he's not going to pay up because Sonu Nigam failed to fulfill all his 'three 'conditions.

Promoted
Listen to the latest songs, only on JioSaavn.com
Sonu Nigam has sang for films like Kal Ho Naa Ho and Agneepath. He won a National Award in playback singing for singing the title track of Shah Rukh Khan's Kal Ho Naa Ho.