Sonu Nigam Rails Against 'Gundagardi' After Being Woken By Morning Azaan 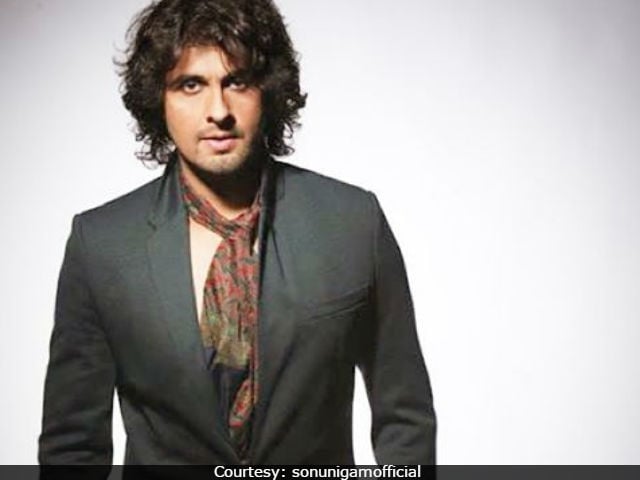 New Delhi: Singer Sonu Nigam's tweets from this morning, complaining about being woken up by the azaan or morning call to prayer, have snowballed into a controversy. Mr Nigam, 43, ranted against the use of loudspeakers to call the faithful in a series of tweets, also clarifying that he objected to increased decibel levels from temples and gurudwaras as well. 'Not a Muslim, why should I be woken by the azaan,' he began, then railed against electrification being used for 'forced religiousness,' and ended by describing the uninvited wake up call as 'gundagardi.'

Sonu Nigam's tweets have opened a debate on Twitter, with several siding with and against the singer. Some have pointed out those labelling the singer 'anti-Muslim' that it is not Islam he is objecting to, but the use of loudspeakers in particular. 'Sonu Nigam' is currently the top trend on Twitter.

Well said @sonunigam religion is personal stuff, one should not enforce it on others via loud speaker or Bombs Sonu Nigam

Sonu Nigam has raised a valid point, loudspeakers should not be used at mosque, temple , gurudwara and other places.

If I woke up to Sonu Nigam's songs on loudspeakers, will he have a problem? Asking for a friend.

Does Sonu Nigam know the Mata Rani BHAJAN he sang traumatized unsuspecting school-going children in every Hindu mohalla with a temple?

Sonu Nigam is developing a prickly Twitter personality to rival Rishi Kapoor, lately. He recently schooled colleague Mika Singh for addressing him as 'tum' in a tweet instead of 'aap.'

Promoted
Listen to the latest songs, only on JioSaavn.com
Sonu Nigam has provided playback for most of the top-rated stars of the industry. Some of his famous songs are - Kal Ho Naa Ho, Main Agar Kahoon, Abhi Mujhme Kahin, and Sandese Aate Hain.

He recently appeared as a judge on Indian Idol 9. Sonu Nigam has also collaborated with Sachin Tendulkar on the cricketer's debut album, Cricket Wali Beat.