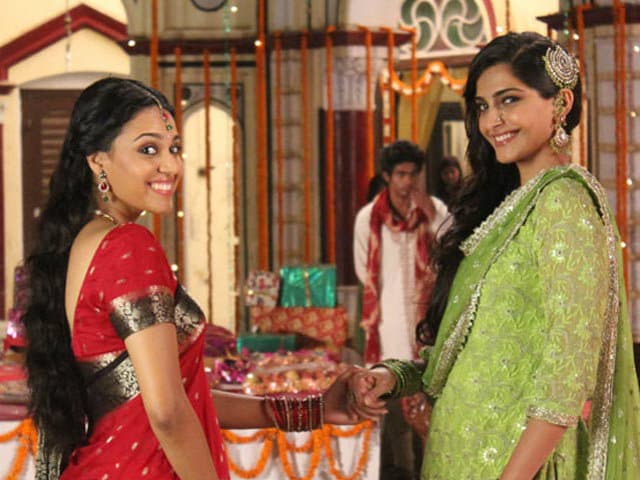 Sonam and Swara have co-starred in Raanjhanaa.

Mumbai: The first poster of Swara Bhaskar's Nil Battey Sannata was unveiled on social media by her friend Sonam Kapoor on March 8.

Nil Battey Sannata marks the debut of Bhoothnath Returns director Nitesh Tiwari's wife Ashwini Iyer Tiwari and is said to be about the relationship between a mother and her daughter.

Swara received Best Actress Award at Silk Road International Film Festival in September 2015 for her role in the movie.

The poster features Swara, who plays the role of a mother, and her teenage daughter jumping in happiness.

The Neerja star and Swara have worked together in Aanand L Rai's Raanjhanaa and Salman Khan's Prem Ratan Dhan Payo. (Also Read: Swara Bhaskar's Character in Next Film is 'Unapologetic About Sexuality')

Produced by Aanand and Ajay Rai, Nil Battey Sannata will also be released simultaneously in Tamil.

The movie is slated to release on April 22.