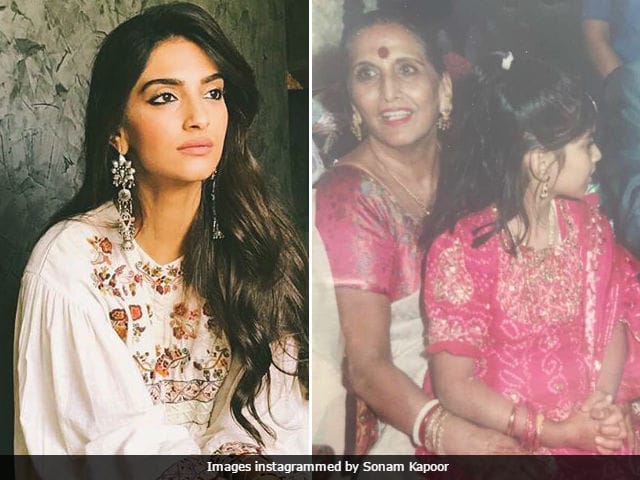 New Delhi: Bollywood actress Sonam Kapoor's grandmother died on Saturday and the Neerja actress shared a throwback picture of herself with her nani with an emotional message. Sonam's grandmother, Draupadi Hingorani Bhambani was 89. Sonam Kapoor wrote in her message: "Love you nani, will miss you so much. Thank you for teaching me everything. Draupadi/Duru Hingorani Bhambani always in our hearts." Sonam's sister, filmmaker Rhea Kapoor also shared a picture and wrote: "What a lady, what a legacy. I will always remember you as my spirit and my strength nani. I love you forever." Sonam and Rhea are daughters of actor Anil Kapoor and Sunita, a former model.

What a lady, what a legacy. I will always remember you as my spirit and my strength nani. I love you forever. #duru

Actor Anil Kapoor married Sunita in 1984 and the couple has three children together - daughters Sonam, 31 and Rhea, 30 and son Harshvardhan Kapoor, 26. Sonam started her career in Bollywood with Sanjay Leela Bhansali's Saawariya (2007). She went on to star in films like Aisha, Raanjhanaa, Dolly Ki Doli and Prem Ratan Dhan Payo. She recently won a National Award (Special Mention) for her role in Ram Madhvani's Neerja.

Promoted
Listen to the latest songs, only on JioSaavn.com
Sonam's sister Rhea is her stylist and producer of films like Aisha and Khoosurat, both starring her sister. Her next film is Veere Di Wedding, also with Sonam and co-starring Kareena Kapoor Khan and Swara Bhaskar.