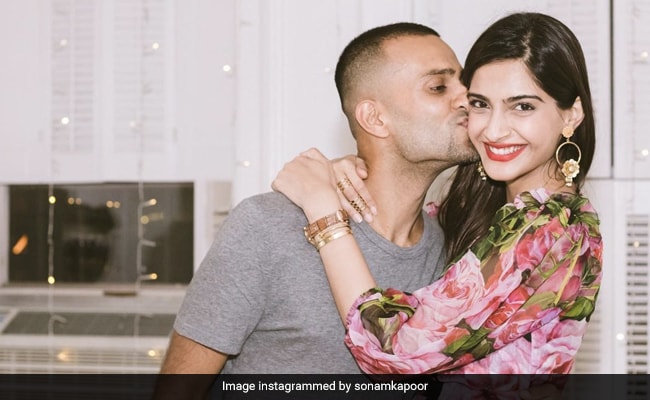 Did you see Sonam Kapoor's latest Instagram entry? She brightened up the Internet with a too-sweet-for-words video with her husband Anand Ahuja. The duo, currently staying in London, never fail to paint social media red. On Friday, the actress shared a clip on her Instagram Stories wherein she can be seen flashing the brightest smile. She is wearing a printed ensemble and statement earrings. The clip first shows a cheerful Sonam with a brief cameo by Anand later. No words, just love. Sharing the video, the actress wrote: "I love my husband." 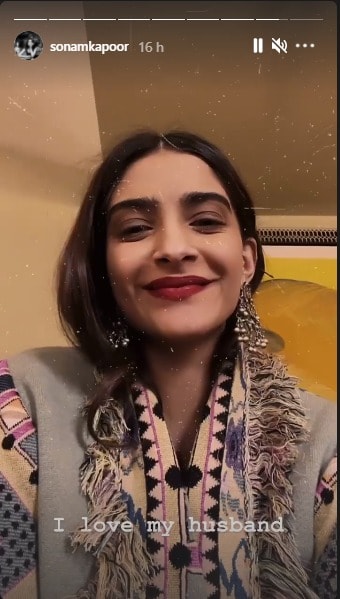 Sonam and Anand often share love-filled posts for each other on social media. In December, the 34-year-old actress shared a series of adorable pictures from their London diaries, just to tell her husband, "I love you.. you make every day phenomenal."

Last year, Sonam filled our Instagram feeds with the sweetest appreciation posts for Anand. Here they are:

Anand also doesn't need a special occasion to express his love for his beautiful wife. The entrepreneur secretly clicks pictures of Sonam and adds them to his Instagram timeline, always leaving us gushing at their 'everyday phenomenal' love story.

Do you remember when he asked Sonam to be his girlfriend? Anand posted pictures of the actress reading a book and wrote: Girlfriend Appreciation Post! I love this picture because it captures the beauty, style and nerdiness of my everyday phenomenal!"

Here are some of our favourite moments from Anand's Instagram feed that prove he is the best husband to Sonam:

Sonam and Anand tied the knot in May 2018. Sonam was last seen in The Zoya Factor alongside Dulquer Salmaan and Angad Bedi. She has wrapped up the shooting for her next movie Blind directed by Shome Makhija. The crime thriller is based on a South Korean film of the same name.