Sonam Kapoor Hopes This Director Casts Her In 'All His Films'

Sonam Kapoor, who is currently filming R Balki's Padman, opposite Akshay Kumar, says, "I am excited about the film. R Balki is one filmmaker with whom I think I have a very strong connection with" 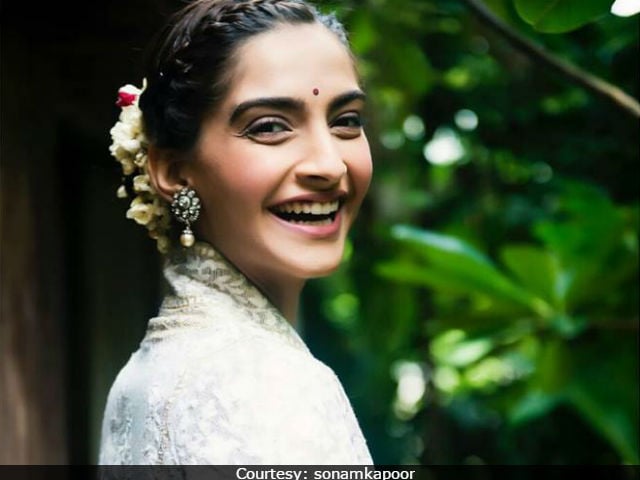 New Delhi: Actress Sonam Kapoor, who is currently filming R Balki's Padman, opposite Akshay Kumar, is 'excited' to be a part of the project, reports news agency IANS. "I am excited for Padman. R Balki is one filmmaker with whom I think I have a very strong connection with. I hope he picks me in all his films now. I have had an amazing time working with him," Sonam told IANS. Padman is based on the life on a Tamil Nadu-based entrepreneur Arunachalam Muruganantham, who introduced affordable low-cost sanitary pad making machine and helped spread awareness about traditional unhygienic practices around menstruation in his village. Akshay Kumar stars as Mr Muruganantham. Radhika Apte also co-stars with Akshay and Sonam in Padman.

Akshay, 49, began shooting for Padman in March while Sonam, 31, joined the cast later. "R Balki is a fantastic filmmaker and a positive human being. He always wants to say something with his films, and I think when somebody has that intention that film will definitely do well," she told IANS.

Ahead of the shooting, the Airlift actor tweeted a picture with wife, author Twinkle Khanna from the sets of the film. Twinkle is the producer of the film.

Last week, Sonam got her first National Award (Special Mention) for Neerja, in which she played the role of flight stewardess Neerja Bhanot, who was killed while trying to rescue passengers in a hijacked flight. Neerja also won a National Award for Best Hindi Film. Meanwhile Akshay received the Best Actor prize for his performance in Rustom.

Padman is Sonam and Akshay's second film together. They last co-starred in the 2011 film Thank You.

Promoted
Listen to the latest songs, only on JioSaavn.com
Padman's release date hasn't been announced as of yet.