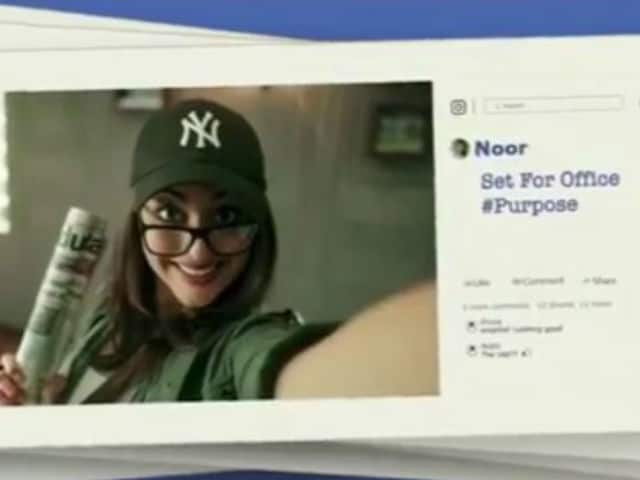 A still from the video posted on Instagram by Sonakshi Sinha

Mumbai: Actress Sonakshi Sinha, who will soon start shooting for Noor, said that her role of a journalist in the upcoming film is just like any other girl as she is a "bundle of contradictions."

"I'm excited about playing Noor. I can't wait to bring this character to life under the vision of Sunhil Sippy. Noor is a bundle of contradictions, she's every girl, she's me. And she's a character everyone will love," Sonakshi, who turned 29 on Thursday, said in a statement.

On her birthday, Sonakshi shared the film's teaser:

Set in Mumbai, the film will capture Noor's journey. Directed by Sunhil Sippy, Noor is an adaptation of popular novel Karachi, You're Killing Me!, written by Pakistani journalist Saba Imtiaz.

"Sonakshi represents a real girl who struggles with real-life issues. There's an immense sense of relatability to her because she, as an actress, has the courage to present her vulnerability," Mr Sippy said.

The film will be produced by Bhushan Kumar's T-Series and Abundantia Entertainment.

"Having produced Baby, Airlift and Sarbjit, we are committed to bringing content driven films to our audiences. We believe 'Noor' will connect with today's audiences and we are delighted to produce it," Mr Kumar said.

Speaking on the development, Vikram Malhotra, founder and CEO of Abundantia Entertainment, added: "With Noor, we tell a story that is young, relatable and very slice-of-life yet unique in its own way. I'm delighted that Sunhil Sippy is helming this tale and that T-series is partnering with us once again."