"We have done 11 films together so we are more than family," said Simmba dialogue writer Farhad Samji 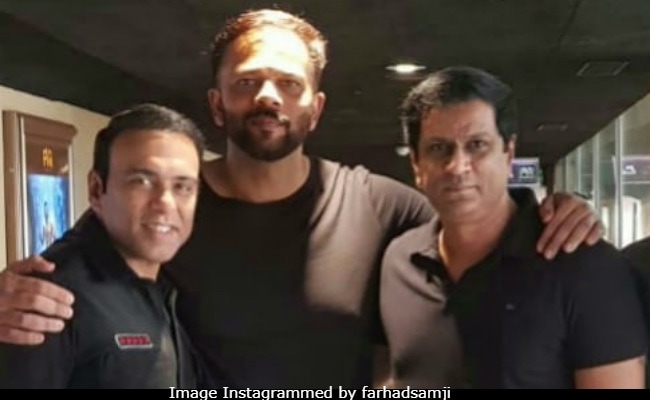 Screenwriter-director Farhad Samji says that due to his 11-year-long association with filmmaker Rohit Shetty, he feels that the kind of chemistry he shares with the Singham director would be difficult to have with others. Farhad had teamed up with Rohit for films like Golmaal 3, Bol Bachchan and Chennai Express. The two joined forces again, this time for the forthcoming film Simmba.

"We have done 11 films together so we are more than family. We know each other's strengths and weaknesses. I have worked with other directors also, but with Rohit Shetty, it's very clear. He knows what I want to convey. I also know what he wants from me. That kind of a chemistry, I guess I'll hardly have it with others," Farhad told IANS.

"Whenever a writer writes, he imagines how the scene would be. Whenever I write and narrate to him, he listens to it and visually when it comes on the screen.. I feel that it's 10 times better because his treatment is fantastic."

"Rohit knows that irrespective of the scale of the film or the sequences involved in it or how many cars we blow up. The audience wants good content, story, emotions and characters."

Farhad has written dialogues for Simmba and when the trailer came out, actor Ranveer Singh's "Tell me something I don't know" dialogue from the film inspired memes on social media.

"Social media creates tremendous amount of awareness. For long, we have believed that 'All publicity is good publicity'. So when a film is about to come out and there are comments on social media, sometimes, you wonder 'How can they comment like this?' But some people do react in such a way.

"Even if you see a hit film... like if we watch Sholay or Lagaan, they are all masterpieces, but every person has a different view. If you will ask 10 people, at least two will still not like them. I get attracted more to the critical social media views. People give positive reviews also," he said.

As of now, he is excited to see how the people will react to the film.

"It is not a light comedy. There is a proper message given in a commercial way," he said.

Simmba will show how a corrupt police officer eventually stands up against rapists.