Sidharth Shukla, A Top Model Who Became A TV Star: From Balika Vadhu To Bigg Boss 13 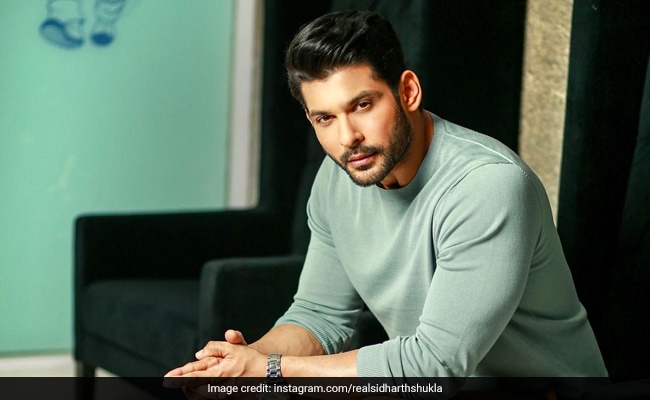 Sidharth Shukla died at the age of 40 (courtesy realsidharthshukla)

Television and film actor Sidharth Shukla died on September 2 at the age of 40. Initial reports suggested he had suffered a heart attack; Mumbai's Cooper Hospital, where he was taken, will conduct a post-mortem. The actor rose to fame with his appearance on the hit television show Balika Vadhu and became a household name following his win on Bigg Boss 13. According to a report by PTI, a senior official at Mumbai's Cooper Hospital confirmed that he was “brought dead to the hospital”.  Born in 1980 in Bombay, Sidharth held a degree in interior designing. However, he switched gears to modelling successfully by clinching the runner-up position in Gladrags Manhunt and Megamodel Contest in 2004.

This was followed by an appearance in the music video, Resham Ka Rumal, headlined by Ila Arun. The next year, he won the World's Best Model contest held in Turkey. Sidharth Shukla's journey on Indian television began with a lead role in the show Babul Ka Aangann Chootey Na. He followed this up with memorable roles in Jaane Pehchaane Se... Ye Ajnabbi and Love U Zindagi. However, it was his role in Balika Vadhu that made him one of the most loved stars on Indian television.

His popularity and acting skills even landed him a role in the Dharma Productions film, Humpty Sharma Ki Dulhania, alongside Alia Bhatt and Varun Dhawan.  His role as the quintessential good guy won him several laurels.

Sidharth Shukla participated in several reality shows such as Jhalak Dikhhla Jaa 6, and Fear Factor: Khatron Ke Khiladi 7, but it was his stint in Bigg Boss 13 that amassed him a fan following like never before. His no-nonsense attitude, squabbles with co-contestants Asim Riaz and Rashami Desai, and friendship with Shehnaaz Gill had the audience rooting for him, causing him to win the season. His chemistry with Shehnaaz Gill also led to reports that the two were involved romantically and the duo continued to be celebrated by fans even after the show ended.

Fans and colleagues of Sidharth Shukla are left shocked by his death. Condolence messages from fans and members of the film industry have begun to pour in.

This is shocking and heartbreaking . Strength to the family ???? https://t.co/BJsAgMH6zU

Shocking News about actor #SiddharthShukla's demise. Such a hard working and talented actor gone too soon. My heartfelt condolences and prayers for his family and dear ones. #OmShanti ????

Can this year get any worse??! Shocked and extremely saddened to hear about @sidharth_shukla s demise. My heart goes out to his family ????????