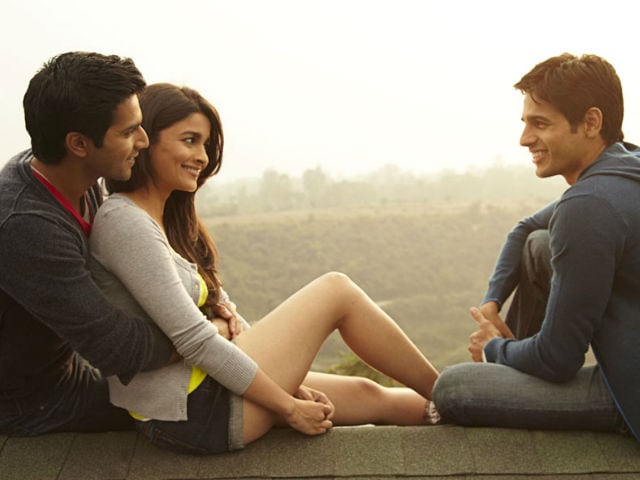 Alia Bhatt, Sidharth Malhotra and Varun Dhawan in Student Of The Year

New Delhi: Actor Sidharth Malhotra, who is rumoured to be dating Alia Bhatt, said that she and her Badrinath Ki Dulhania co-star Varun Dhawan look good together on screen, reported news agency IANS. "They share a great chemistry. I liked the trailer and the album as well. All the songs are very melodious. The 32-year-old actor further told IANS, "The film seems to be good and amazing." Badrinath Ki Dulhania, a sequel to Alia and Varun's 2014 film Humpty Sharma Ki Dulhania is the actors third film together. The film releases on March 10. The 1980s hit songTamma Tamma from the film Thanedaar has been reprised for the film.

Meanwhile, Sidharth recently wrapped the shooting of upcoming movie Reloadwith Jacqueline Fernandez. "We have completed the film. We had loads of fun while shooting. Though it is quite early to talk about it, I am really excited to present the movie. It is an action, fun film that will come out this August," the actor told IANS. Reload, an action entertainer is directed by Raj Nidimoru and Krishna DK. Sidharth Malhotra and Jacqueline Fernandez last appeared in 2015 action film Brothers, also featuring Akshay Kumar.

Alia Bhatt, Sidharth Malhotra and Varun Dhawan debuted in 2012 with Karan Johar's Student Of The Year. Last year, Alia and Sidharth co-starred in Kapoor And Sons. The duo have often been spotted together, but have never admitted to their relationship.

Promoted
Listen to the latest songs, only on JioSaavn.com
After Reload, Sidharth will be star in a remake of the 1969 mystery film Ittefaq with Sonakshi Sinha.