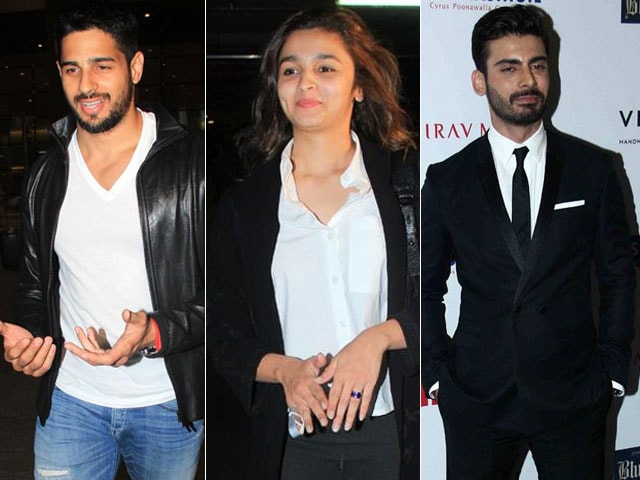 The grapevine says Sidharth, Alia and Fawad have been chosen for Karan Johar's next production

Bollywood gossip says actor Sidharth Malhotra has been cast in his fourth Karan Johar movie, and may also be joined by Pakistani star Fawad Khan and his co-Student Of The Year Alia Bhatt. KJo, however, says no cast announcement has been made yet. (Also Read: Karan Johar's Next Untitled Project is a Family Film)

No official cast announced from @DharmaMovies on @shakunbatra's next film! Please await an official announcement from our end....

Sidharth is believed to have been cast as one of the two male leads in director Shakun Batra film which will be produced by KJo. The film, title not revealed, reportedly tells the story of two brothers, one of who is gay. However, the director says this is conjecture as well.

super excited!! but let's go easy on the speculations.. it's not the story everyone's talking about! Will share more info soon..

Sidharth, who made his debut in the KJo-directed Student Of The Year (2012), has also starred in the KJo-produced Hasee Toh Phasee (2014) and Brothers which is currently filming. Alia Bhatt is also a protege of sorts for Karan Johar - the former Student has starred in last year's Humpty Sharma Ki Dulhania and 2 States, both produced by the filmmaker. Khoobsurat actor Fawad Khan, if he is cast, will be the only newbie among the usual suspects, so to speak.