Sidharth, Alia Are Always With a Third Actor in Films. Coincidence Much? 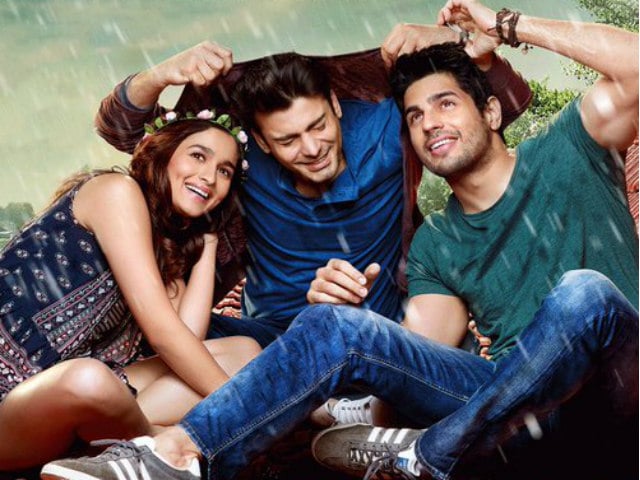 A poster of Kapoor And Sons. Image courtesy: DharmaMovies.

New Delhi: Alia Bhatt and Sidharth Malhotra, Kapoor And Sons co-stars, have clarified that it is not a tale of love but a story of a family.

When asked why they always have a third party whenever they romance on screen, Sidharth said, "It is just a coincidence that there is always another actor, whenever me and Alia are paired on screen. But to clear the air surrounding the film, it is not a love triangle. We all are playing very small part in this ensemble. It is the story of a family. I am confident that people will relate to it."

His co-star Alia added, "It is not a love triangle. It is about family, relationships, it is about a grandfather (Rishi Kapoor), who wants to bring his family together. There is a love angle but the plot of the film is about a family." (Also Read: Alia Bhatt on Question About Sidharth Malhotra: Don't Want to Bolna)

Film's director Shakun Batra, who made his debut as a director with 2012 film Ek Main Aur Ekk Tu, said the movie is beyond the tag of a love story with every character having its own tale and perspective.

The film also stars Pakistani heartthrob Fawad Khan and all the three actors are nervous about the Friday release, but are not aiming to cross the Rs 100 crore mark.

"This is a very simple film. It does not have any action or major cast and big budget that we would pray for it to get into Rs 100 crore club. But yes we do want it to be successful. We want people to enjoy the film and relate with the characters and their stories," Alia said.