Shweta Tiwari said: "Yes, Palak is making her film debut. She is in talks for a film with Darsheel too. The official statement will be out soon" 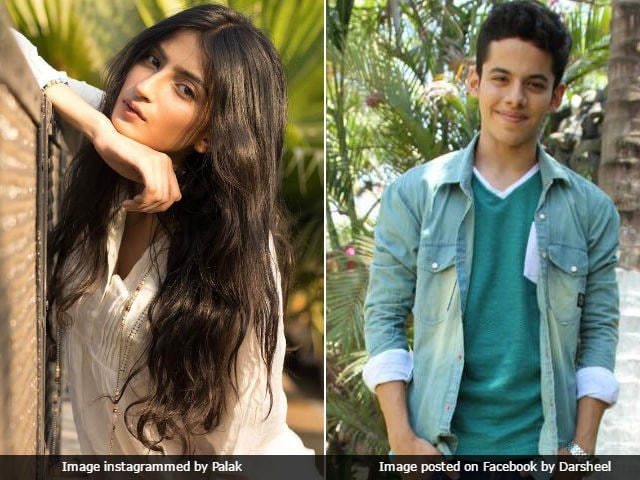 New Delhi: Television actress Shweta Tiwari's daughter Palak is all set for her Bollywood debut. The Kasautii Zindagii Kay actress told news agency PTI that her daughter is ready for her film debut which may also star Taare Zameen Par's Darsheel Safary. "Yes, Palak is making her film debut. She is in talks for a film with Darsheel too. The official statement will be out soon," Shweta told PTI. Palak is Shweta Tiwari's daughter with her first husband Raja Chaudhary. They were married from 1998 to 2007. Shweta is now married to actor Abhinav Kohli and together they have a son, who was born in November last year. The film in which Palak and Darsheel will co-star is reportedly called Quickie, industry sources told PTI.

Here are some pictures of Shweta's daughter Palak:

Meanwhile, Darsheel Safary debuted as a child artiste in Aamir Khan's Taare Zameen Par (2007). Darsheel won several awards and hearts with his stupendous performance. He played the role of a young boy struggling with dyslexia and how a teacher (played by Aamir Khan) in his boarding school helped him. Darsheel went on to star in films like Bumm Bumm Bole, Zokkomon and Midnight's Children.

Promoted
Listen to the latest songs, only on JioSaavn.com
On the small screen, Darsheel participated in dance reality show Jhalak Dikhhla Jaa 5 and was last seen in an episode of Yeh Hai Aashiqui.