Shweta Tiwari is one of the contestants on the reality game show. 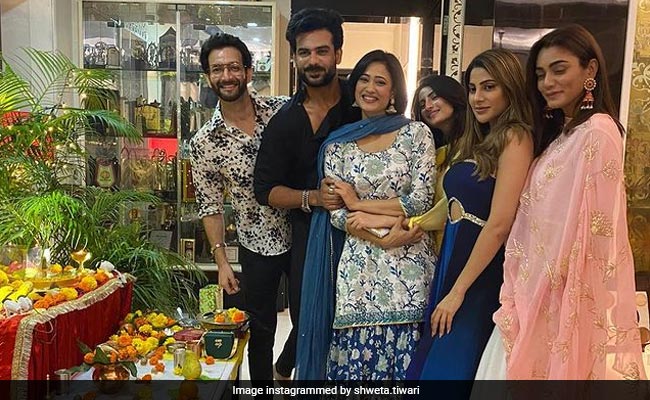 Ganesh Chaturthi celebrations got an added spark when contestants from the TV reality show Khatron Ke Khiladi 11 got together at Shweta Tiwari's place. The actress herself is part of the latest instalment of the show. Shweta shared a few photos and videos on social media where we can see her co-contestants from the show at her home during the celebrations. In the photos, we see Vishal Aditya Singh, Nikki Tamboli and Sana Makbul — all 3 are part of Khatron Ke Khiladi 11. We could also spot actor Vineet Raina and other friends and family members in Shweta's photo album on Instagram.

In a group photo, we can see the contestants standing next to each other near the altar where the idol of Lord Ganesh has been placed. In the caption, Shweta wrote, “Mere apne (My people).”

Nikki Tamboli commented on Shweta's post with a string of red heart emojis.

Shweta also posted videos on Instagram Stories where she is seen talking and having fun with the other contestants. We also caught some glimpses of the get-together on Nikki Tamboli's Instagram Stories. We simply love the camaraderie among the contestants after they took part in the show. 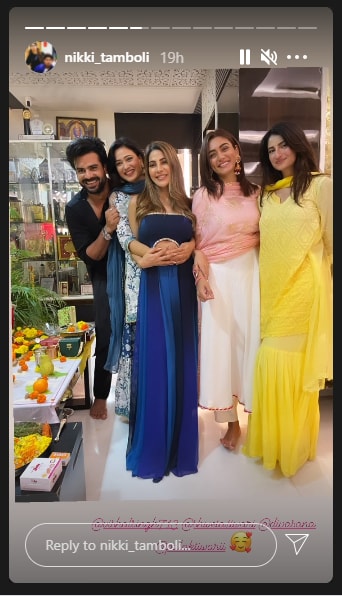 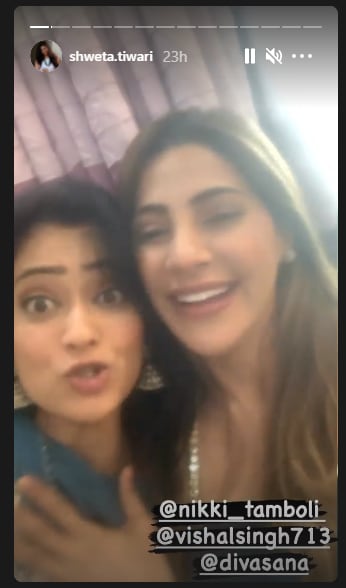 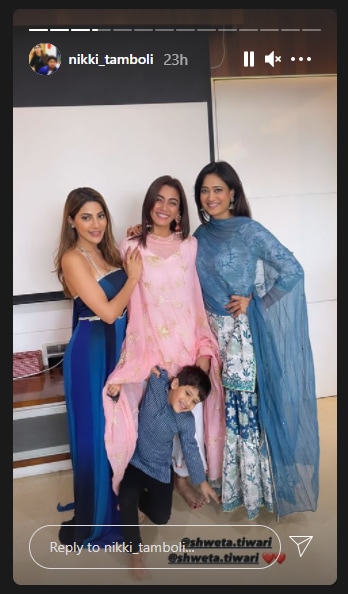 The latest season of Khatron Ke Khiladi is hosted by filmmaker Rohit Shetty. The shoot took place in Cape Town, South Africa. After the wrap-up, many of the contestants were seen attending the wedding of Rahul Vaidya (also a contestant on the game show) and Disha Parmar. Click here to know more about it.

For Shweta Tiwari, Ganesh Chaturthi celebrations also were an excuse to get together with her friends from the show. This isn't the first time we caught Shweta having a gala time with them. Even during the shoot, she often showed us glimpses of her fun time. In one such video, we saw Shweta matching steps with Vishal Aditya Singh. She had written, “Yes! Yes! This is Our Happy Dance.” Curious what it looks like? Check out this video:

Shweta's amiable nature won her many friends from the show. Sana Makbul is surely one of them. On Sana's birthday, Shweta posted an adorable photo where the two were seen in a playful mood in Cape Town. We loved the smile on their faces. Shweta captioned the post, “Heyyyy pooo! Happy Birthday!”, with a couple of black heart emojis.

Shweta's stunts and performance in Khatron Ke Khiladi 11, which is being aired on television now, is winning her many fans.