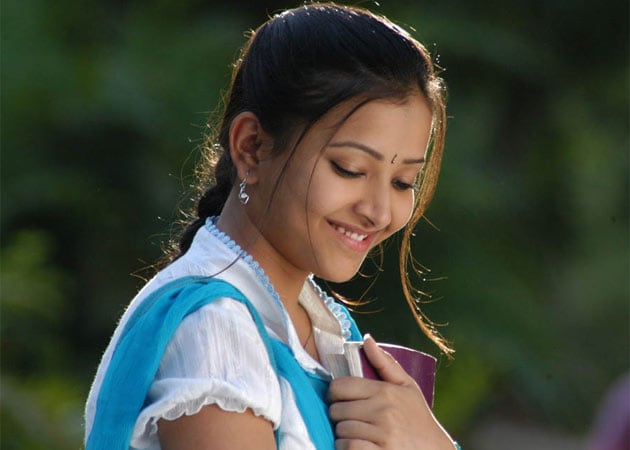 You may not instantly recognise Shweta Basu Prasad, the young Telugu actress caught in allegations of prostitution. But she had caught the nation's attention as a young child actress who won a National Award for her lively performance, opposite Shabana Azmi, in film called Makdee more than a decade ago.

Shweta, who was born on Jaunary 11, 1991 in Jamshedpur, Jharkhand to a Bengali mother and Bihari father, moved to Mumbai as a child with her family, and finished her schooling at the RN Podar High School.

She ventured into acting at the age of 11, playing a double role as sisters Chunni and Munni in the film Makdee, which was directed by debutant director Vishal Bharadwaj. The film also starred Shabana Azmi, Makrand Deshpande and Vijay Raaz in important roles. Her lively performance in the movie, about witchcraft and courage, won her the National Film award for Best Child Artist.

Makdee gave her the recognition she needed as a child artist that led to many roles being offered to her in TV serials and movies. Her next onscreen outing came three years later with Iqbal (2005), where she played the protaganist's sister, Khadija. The performance won her many awards and she was also nominated for a Filmfare for Best Supporting actress.

But Shweta failed to capitalise on her early success, and after forgettable appearances in Vaah Life Ho Toh Aisi (2005) and Darna Zaroori Hai (2006), she disappeared from the Bollywood scene. She remerged in the Telugu Film industry with the blockbuster Kotha Bangaru Lokam, where she featured along with newcomer Varun Sandesh and veteran Prakash Raj. The film, which was also a major hit after it was dubbed in Malayalm, grabbed her a Filmfare (south) nomination for Best Telugu Actress.

She then tried her luck in Bengali cinema with Ek Nadir Galpo (2008), where she featured with superstars Mithun Chakraborty and Jisshu Sengupta. The film was screened at multiple film festivals across the world but failed to translate in to a box office success.

She returned to Telugu cinema and continued acting in films like Kasko (2009), Kalavar King (2010), Priyudu (2011) and Nuvvekkadunte Nenakkadunta (2012). The films did average business, but none gave her the boost that she needed to rise up and become a lead actress in films starring any of the major stars. She remained the first choice of filmmakers looking for heroines for youth -oriented low budget films. Her entry into Tamil films with Ra Ra (2011) also failed to give her career the boost it needed.

Promoted
Listen to the latest songs, only on JioSaavn.com
And she would have lasted as a small time celebrity with a decent run down south, had her name not cropped up in a high profile prostitution racket bust in Hyderabad. She was nabbed, along with her pimp, from a high profile hotel in Hyderabad's plush Banjaara Hills region on August 31. Unfortunately, this was not her first tryst with such accusations. The actresses was also allegedly seen demanding money from influential people in return for sexual favours in an earlier TV sting operation carried out by a Telugu TV channel. (Also Read: How Shweta was nabbed by the Police)

She has not denied the accusation, and accepted in a statement that she has surely made some wrong career choices. She said that she turned to prostitution due to financial commitments which were becoming difficult to meet, as film offers had been drying up. She has also said that it was her helplessness that forced her into prostitution and there are many more actresses who are in a similar situation.