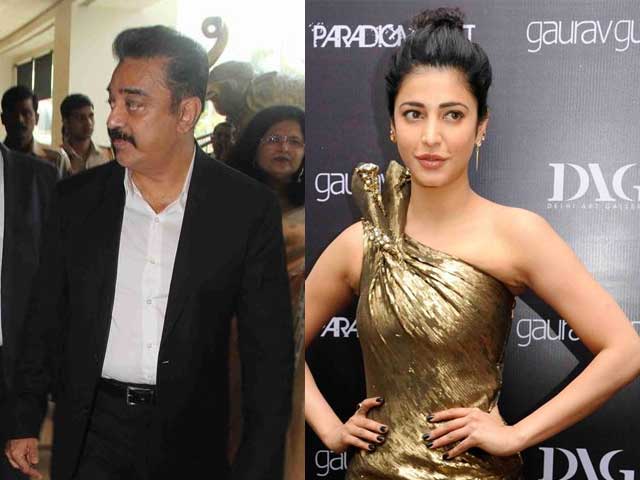 Mumbai: Actress Shruti Haasan, who is yet to be seen with her father Kamal Haasan on the silver screen, says that working with him would be an 'honour' for her.

"Hopefully in the future we can work together. But it has to be something which would be good for both of us. And it would be my honour to work with my father," Shruti said.

Shruti made her debut in Bollywood with a cameo in her father Kamal Haasan's film Hey Ram in 2000. However, she did not appear in a single frame with Kamal in the movie.

Meanwhile on Tuesday, Shruti unveiled the new collection of a fashion brand in Mumbai.

Shruti, whose last film Gabbar is Back was a success at the box office, will next be seen in the Anees Bazmee- directed Welcome Back.