Shruti Haasan said that she felt like she was 'losing her spark' and she wanted to reconnect with her music. 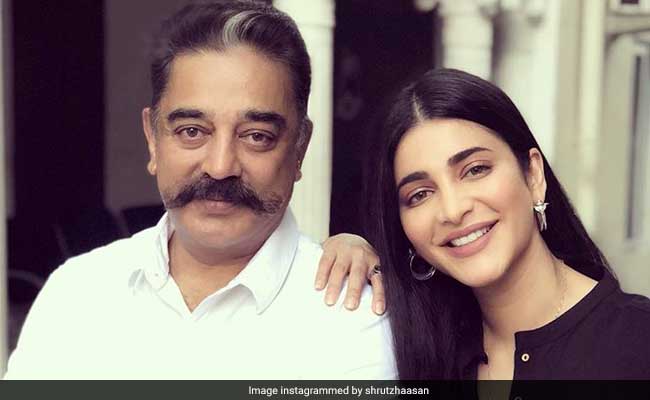 Actress Shruti Haasan, who was on break from films after her 2017 movies Behen Hogi Teri (Hindi) and Katamarayudu (Telugu), told Mumbai Mirror that she took time off as she thought she was 'losing her spark' and because she wanted to reconnect with her music. Shruti said that her actor father Kamal Haasan backed her decision to focus on music and told her it 'wasn't normal to make five-six films at a time.' Shruti told Mumbai Mirror: "I had become a bit jaded. I felt like I was definitely losing my spark. Most importantly, I had completely lost touch with music. I felt that something was constantly missing in my life, but I couldn't put a finger on it, which is when I realised that I am a songwriter and that's how I express myself. My dad had been telling me for long that it isn't normal to do five to six movies at a time. That I will burn out. He felt I should be doing music."

Shruti Haasan also said that the decision to take a step back when she was getting plenty lucrative offers from the south film industry was 'scary' but it had to be done 'for the sake of her personal growth.' She was quoted as saying, "On a personal level, I felt like I was in a rut and needed to step away to get a clearer perspective. Of course, a lot of people didn't understand it back then. To many, it seemed like bad timing as a lot of Tamil and Telugu films were coming my way. It was a scary decision to make, but I knew I had to stop for the sake of my personal growth."

Shruti Haasan is currently film American television series Treadstone in Budapest while she's simultaneously collating her first English music album. "I am training very hard every day for my Treadstone episode, which involves a lot of action scenes," she said.