Shraddha Kapoor shared a photo, which showed a split image of what appeared to be an armed soldier in a snow-bound bunker. The text suggested the soldier was of the Indian Army but it wasn't 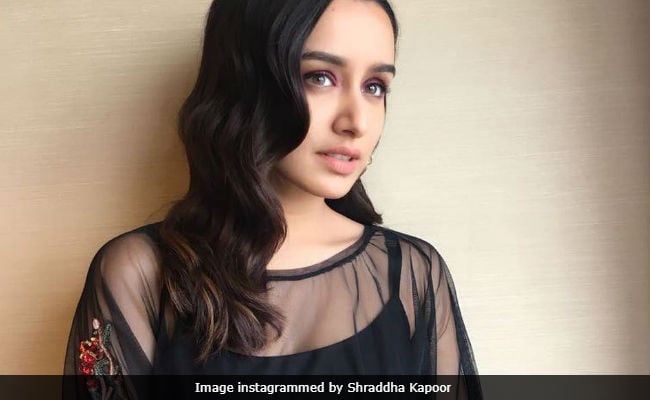 New Delhi: Actresses Shraddha Kapoor and Kirron Kher have learnt the hard way just how easy it can be to circulate a faked photo or news item. Shraddha and Ms Kher each tweeted the same picture from their Twitter accounts - the photo showed a split image of what appeared to be an armed soldier in a snow-bound bunker. The photo had text on it that suggested the soldier was of the Indian Army and was serving in Siachen. Ms Kher posted the photo with no accompanying caption of her own but Shraddha added this note: "They freeze to make sure that we are warm. They protect to make sure that we are safe. Can never thank you jawaans enough." The image shows a temperature stamp of -50 degrees Celsius.

Only, it wasn't an Indian soldier and it wasn't a photo taken in Siachen.

Good thought. We all agree but this particular photo is of Russian Army.
We are already proud of our soldiers, don't need fake ones to escalate our respect. https://t.co/MWNcgqKMUq

Ma'am, the soldiers in this photo are of Russian Army, not Indian. Our soldiers might be going through tougher conditions though. https://t.co/PosljbfqW6

This 2014 report from an Ukrainian site - also a fact-checking outlet - explains that the picture is old one and shows a Russian Special Forces soldier training under extreme weather conditions.

On Twitter, Kirron Kher was told by some users that she should have known better as a Member of Parliament. Ms Kher is the BJP law-maker from Chandigarh.

Ma'am as an MP, aren't you supposed to be more responsible while posting messages on social media? This is the Russian army, as a lot of people have already pointed out.

Promoted
Listen to the latest songs, only on JioSaavn.com
Neither tweets have been deleted yet.

Shraddha Kapoor was seen in three films this year, although none were particularly well-received. She co-starred with Aditya Roy Kapoor in OK Jaanu, the Hindi remake of Mani Ratnam's OK Kanmani. She appeared as a basketball-playing college-going sophisticate in Half-Girlfriend, and starred as Dawood Ibrahim's sister Haseena Parkar in a biopic of the same name. Shraddha's next films are Saaho, opposite Baahubali actor Prabhas, and a biopic of shuttler Saina Nehwal.
Comments
shraddha kapoorfake indian army photokirron kher