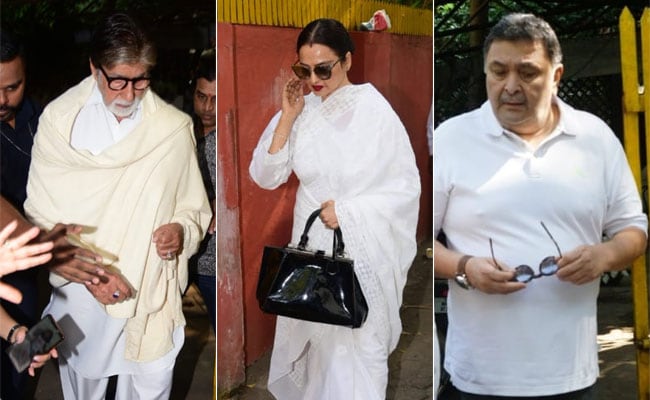 Shabana Azmi's mother veteran actress Shaukat Kaifi died in Mumbai on Friday night at the age of 93. On Saturday, actors such as Amitabh Bachchan, Rekha, Rishi Kapoor and Naseeruddin Shah among others attended the last rites at the Andheri West residence in Mumbai. Amitabh Bachchan was one of the early celebs to visit Shabana Azmi on Saturday afternoon. A sombre Mr Bachchan was spotted paying his last respects at the last rites of Shaukat Kaifi. Rishi Kapoor was also by Shabana Azmi's side as the last rites were performed. Rekha, who has co-starred with Shabana Azmi in a few films, was also by her side and prayed with folded hands. Naseeruddin Shah arrived to meet Shabana Azmi a little later in the afternoon on Saturday. Actor Anil Kapoor also paid his last respects to Shaukat Kaifi 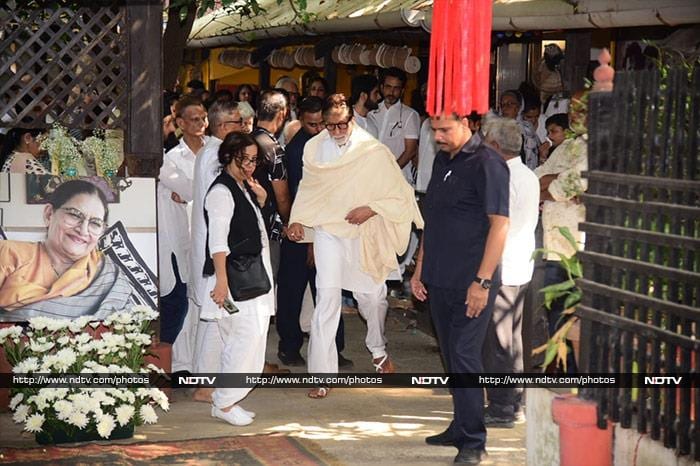 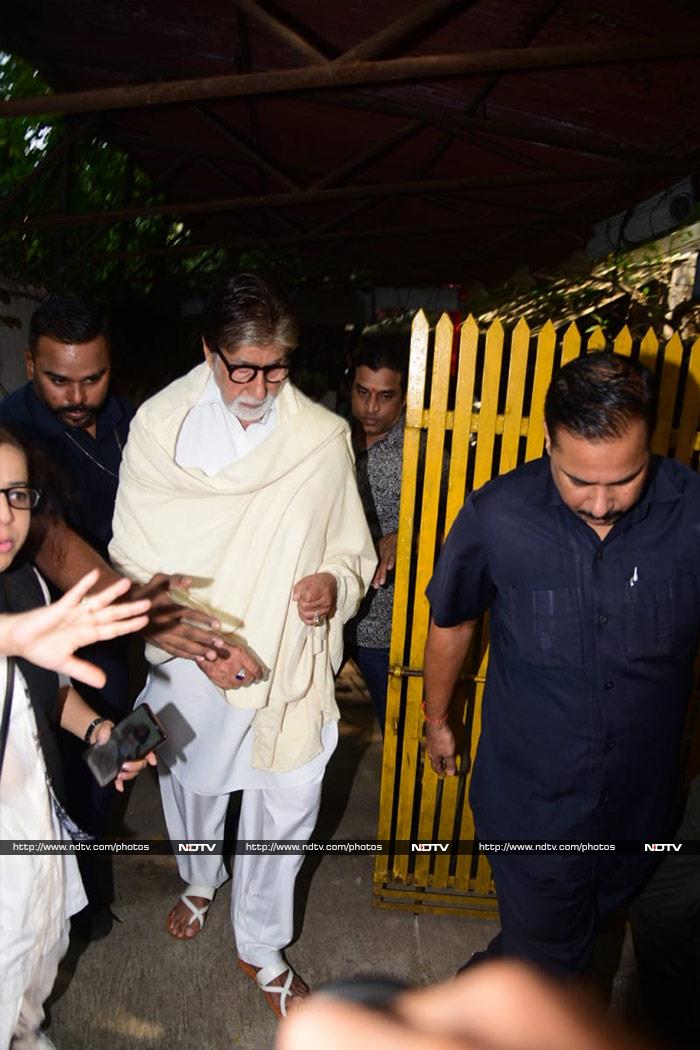 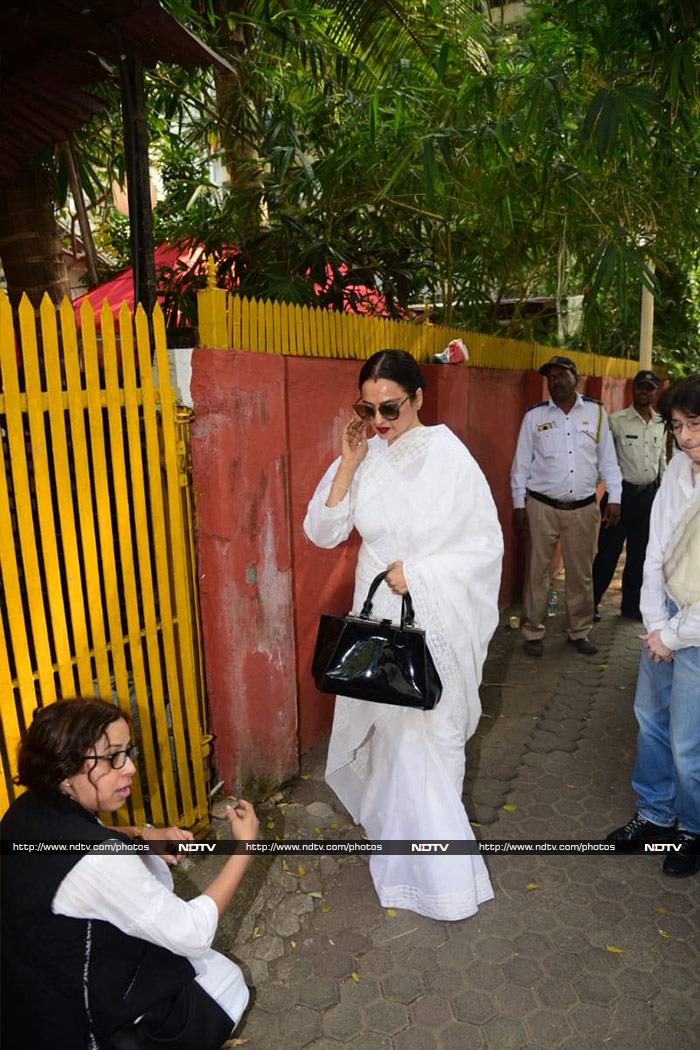 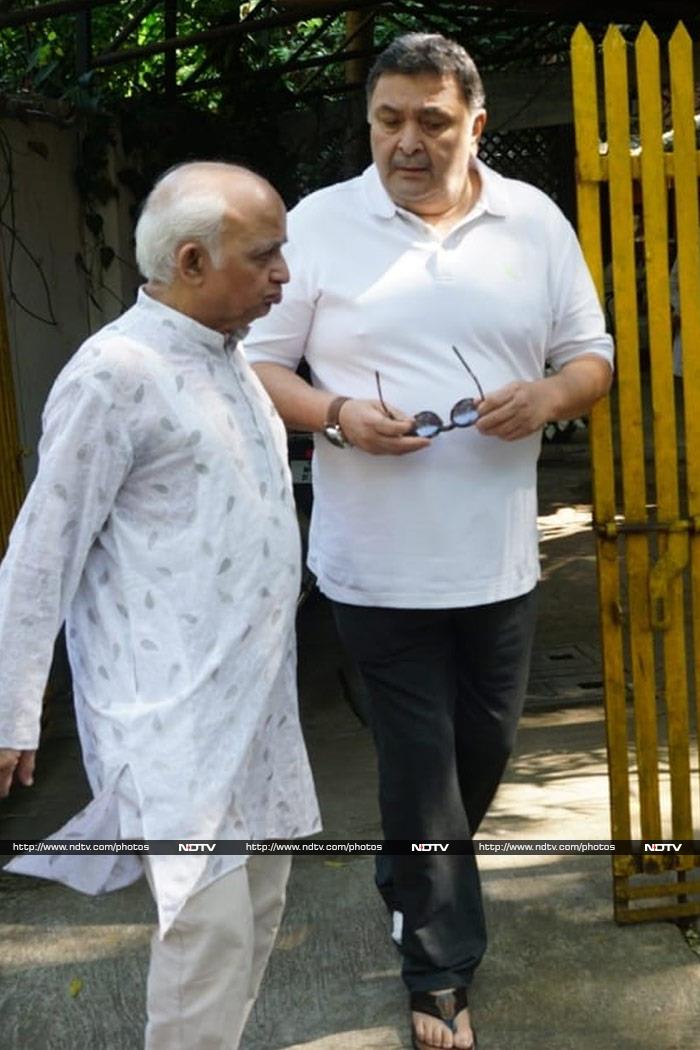 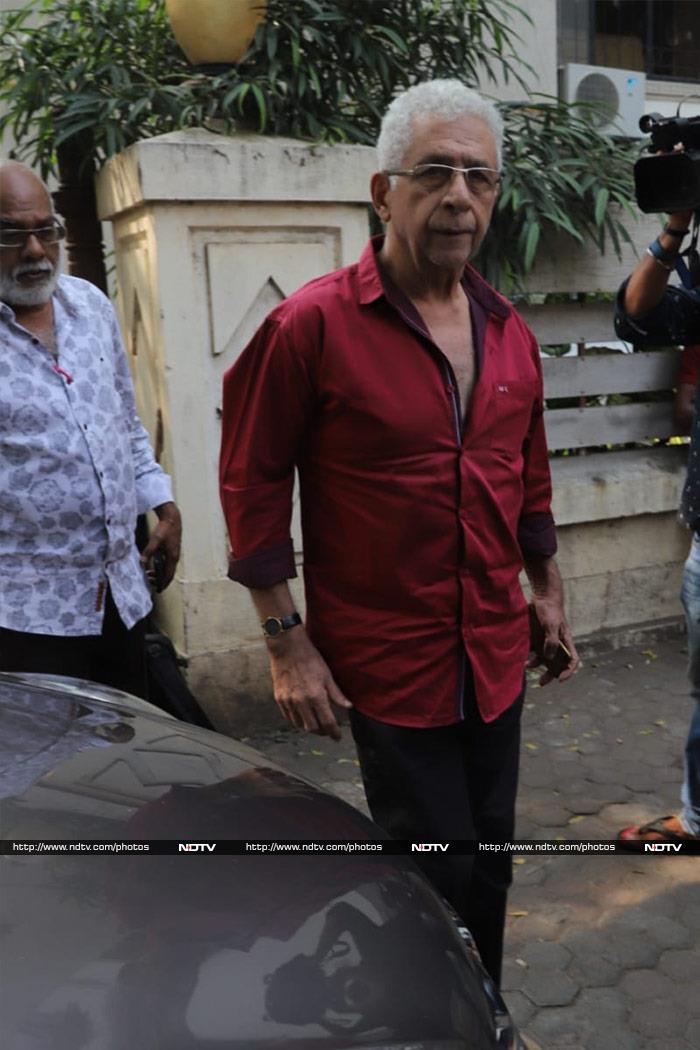 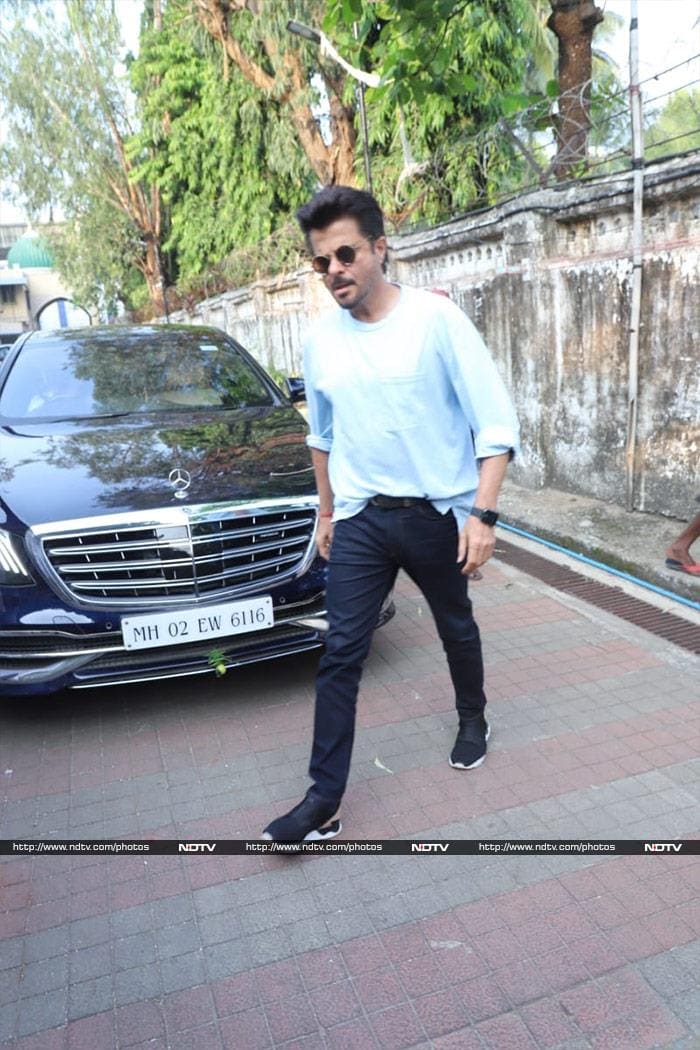 Also spotted was actress Urmila Matondkar, who was appeared to arrive in a hurry. The actress was also one of the first ones to rush to Shabana Azmi's residence early on Saturday morning. Actresses Saiyami Kher and Aditi Rao Hydari also attended the last rites of Shaukat Kaifi. Saiyami arrived with her family while Aditi was spotted with a few of her acquaintances. Swara Bhasker was also spotted attending the last rites. 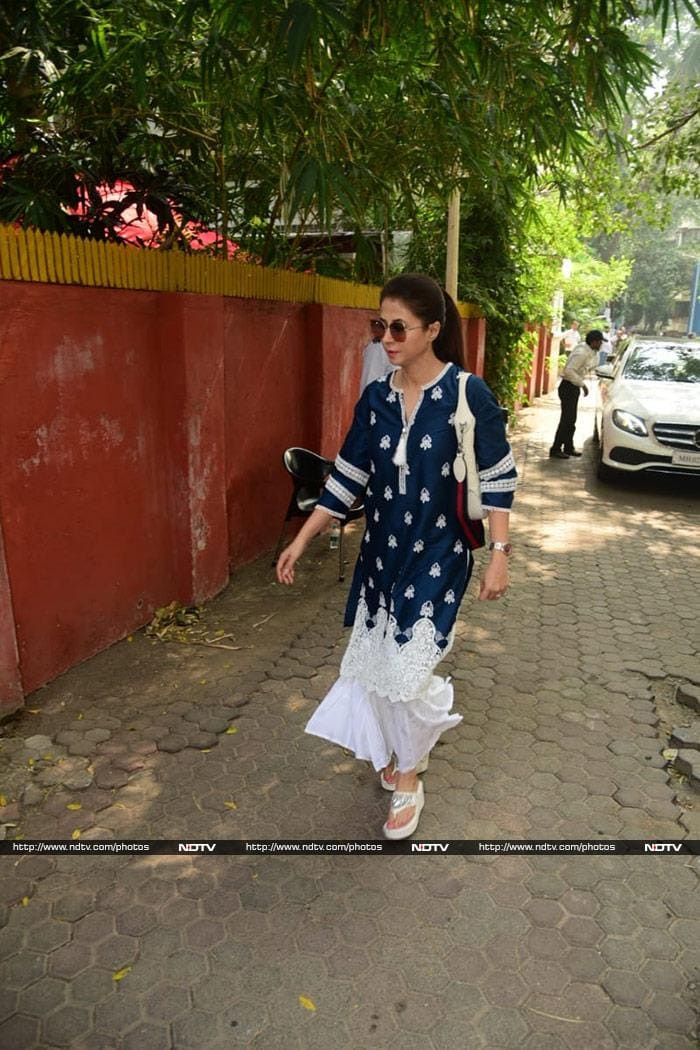 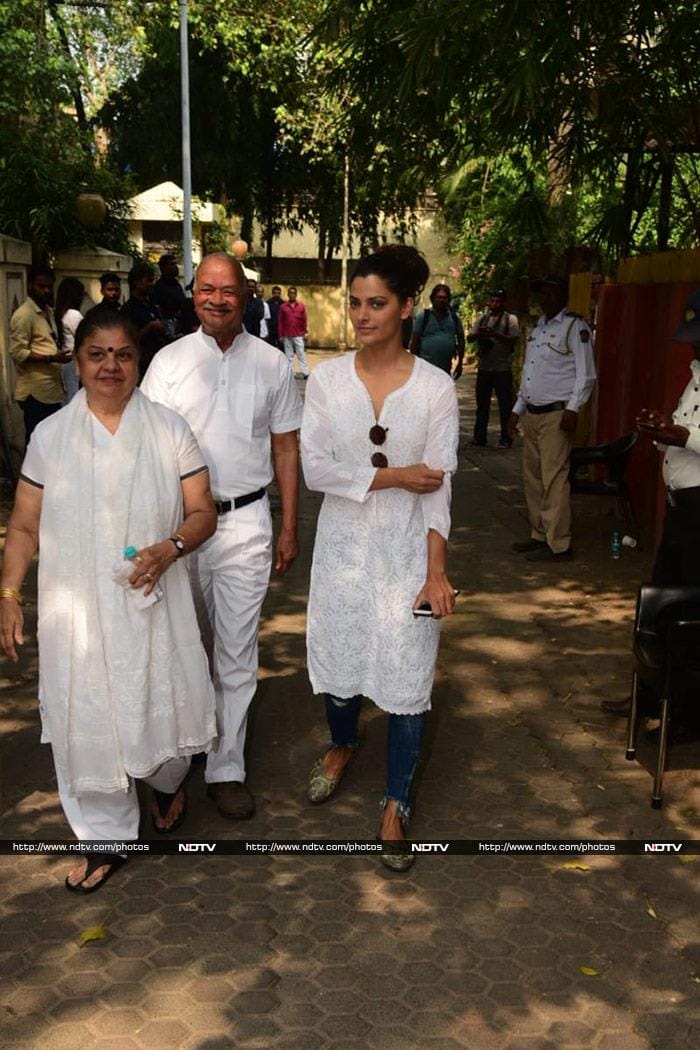 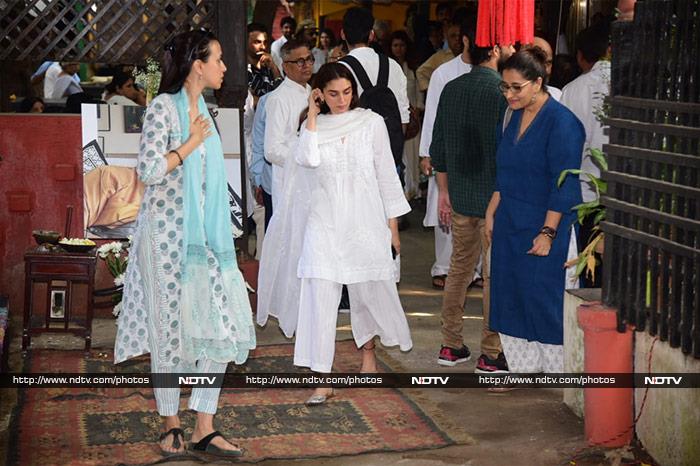 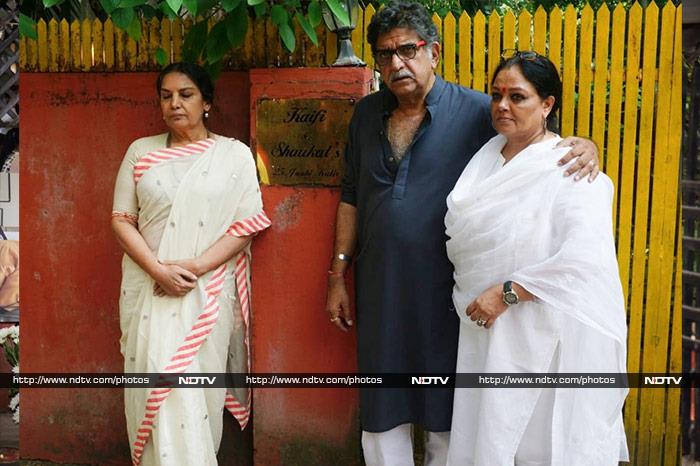 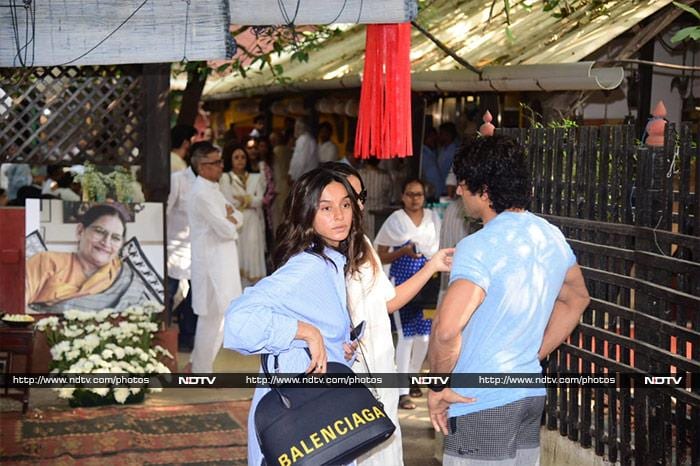 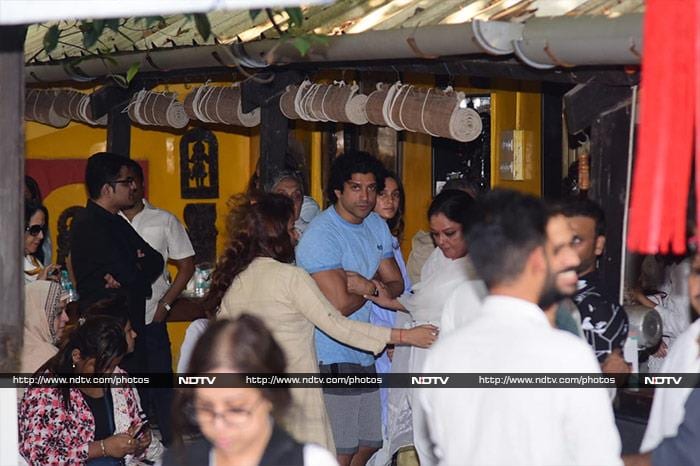 Shaukat Kaifi's last rites were also attended by the likes of Neelima Azeem, Divya Dutta, Ila Arun and Prasoon Joshi. Speaking to news agency PTI on Friday night, Javed Akhtar, who is married to Shabana Azmi, said Shaukat Kaifi was suffering from age related ailments: "She was 93 and she was having one problem after another. She was admitted to Kokikaben Dhirubai Ambani hospital, for certain days she was in the ICU and then she was out of ICU. It was all age related. Ultimately they brought her home. She wanted to come back to her own room she stayed for a day or two and then passed away. Shabana is in Mumbai," reported PTI.