Shashi Kapoor Gets Dadasaheb Phalke Award, His First Reaction Was 'Me?' 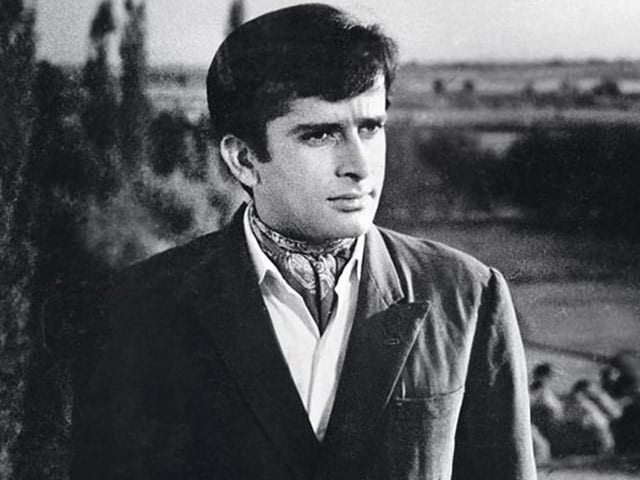 Shashi Kapoor in a film still.

Mr Kapoor's son Kunal told NDTV that his father's first reaction was, "Me? I got it? And then he chuckled."

"I think he must be quite chuffed because his father won it as well. It's sad that on a day like this we have an award on one hand and an income tax issue with the theatre on the other," said Kunal Kapoor who was speaking to NDTV outside the Kapoor-run Prithvi Theatre in Mumbai.

Shashi Kapoor's nephew, actor Rishi Kapoor, told NDTV, "I don't think it's a delayed honour. Shashi Kapoor was a visionary who did films that were ahead of their time."

Rishi Kapoor also congratulated his uncle on Twitter. Mr Kapoor is the third in the family to have received the Dadasaheb Phalke Award, after his father Prithviraj and elder brother Raj.

Third Padma Bhushan and third Phalke award in the family.Prithviraj Kapoor and Raj Kapoor being the other recipients pic.twitter.com/YufXptMWM3

Arun Jaitely, Minister for Information and Broadcasting, congratulated Mr Kapoor in a statement and Rajyavardhan Singh Rathore, Minister of State for I&B, said in a tweet that "his sensitive portrayal of human emotions has touched many a heart".

Mr Kapoor is the star of several Bollywood films as well as English movies produced by Merchant Ivory. His extensive filmography contains blockbusters like Deewar and Namak Halaal, acclaimed performances in Junoon and New Delhi Times, and Merchant Ivory productions like Heat and Dust and The Householder. He also turned director with 1991 film Ajooba and produced films such as 36 Chowringhee Lane and Utsav.

Shashi Kapoor, the son of actor Prithviraj Kapoor, was instrumental in reviving the Prithvi theatre group started by his father. He is the younger brother of actors Raj and Shammi Kapoor. He was married to actress Jennifer Kendal, with who he co-starred in films like Bombay Talkies and Junoon, until her death in 1984. They have three children - Kunal, Karan and Sanjana Kapoor.

Promoted
Listen to the latest songs, only on JioSaavn.com
Shashi Kapoor won the National Award thrice and received the Padma Bhushan in 2011.

The Dadasaheb Phalke Award - which consists of the Swarn Kamal or Golden Lotus, a cash prize of Rs 10 lakhs and a shawl - will be given out with the National Film Awards this year. The previous recipient was lyricist-director Gulzar.