Shahid Kapoor's Pic With Daughter Misha Is Cute Beyond Words 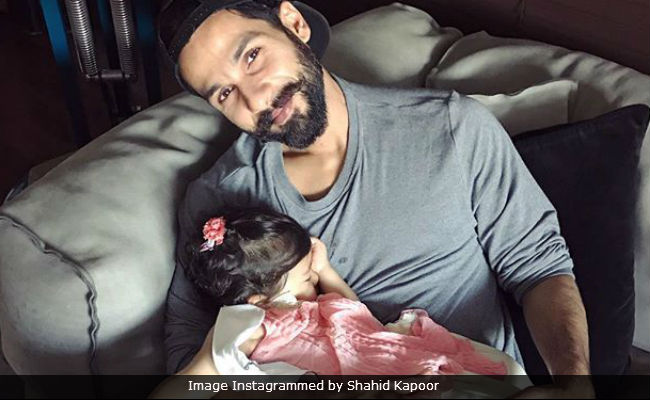 New Delhi: So, how is Shahid Kapoor prepping for his upcoming film Padmavati? We don't want to know as long as he Instagrams pictures like the new one with his daughter Misha. Today, the Rangoon actor posted a picture with Misha, which is so adorable that we can't take our eyes off it. In the picture, Misha can be seen sleeping comfortably in her father's laps while Shahid is posing and smiling at the camera for a perfect father-daughter picture. This pic is definitely one of those, which no fan of the Shaandaar actor would want to miss. Little Misha looks super cute in a pink and white dress accessorised with a pink hair clip. Shahid captioned the picture: "Best feeling ever."

The picture will surely take your heart away:

Recently, baby Misha was also spotted with her favourite travel buddy, her mother Mira Rajput, at the airport and immediately sent the paparazzi in a tizzy. Misha looked as cute as a button in the pictures. 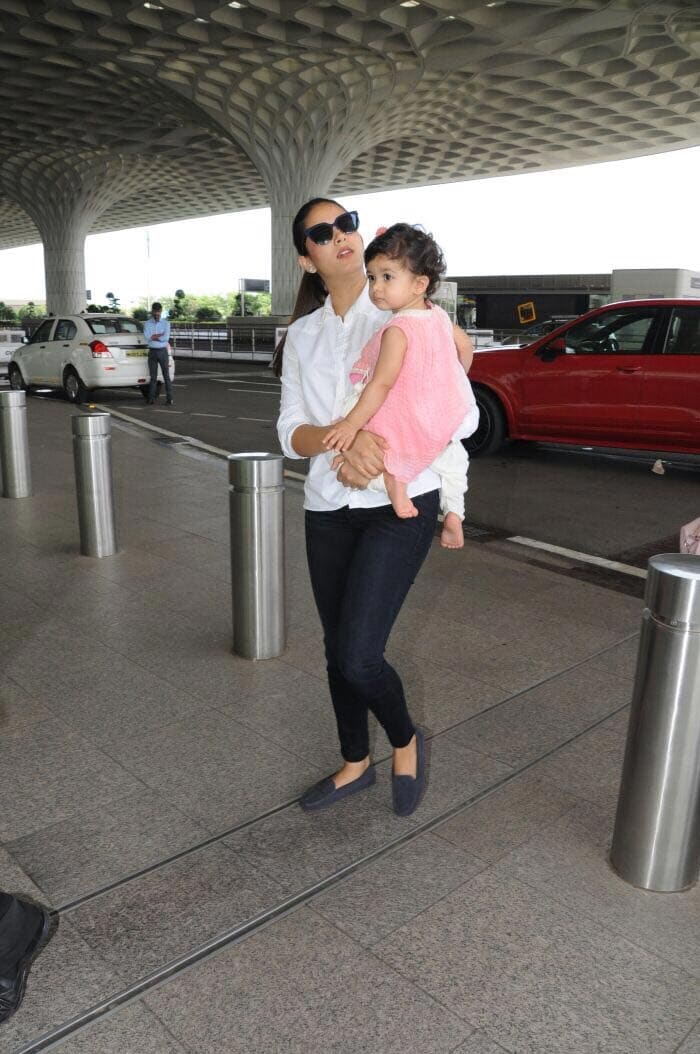 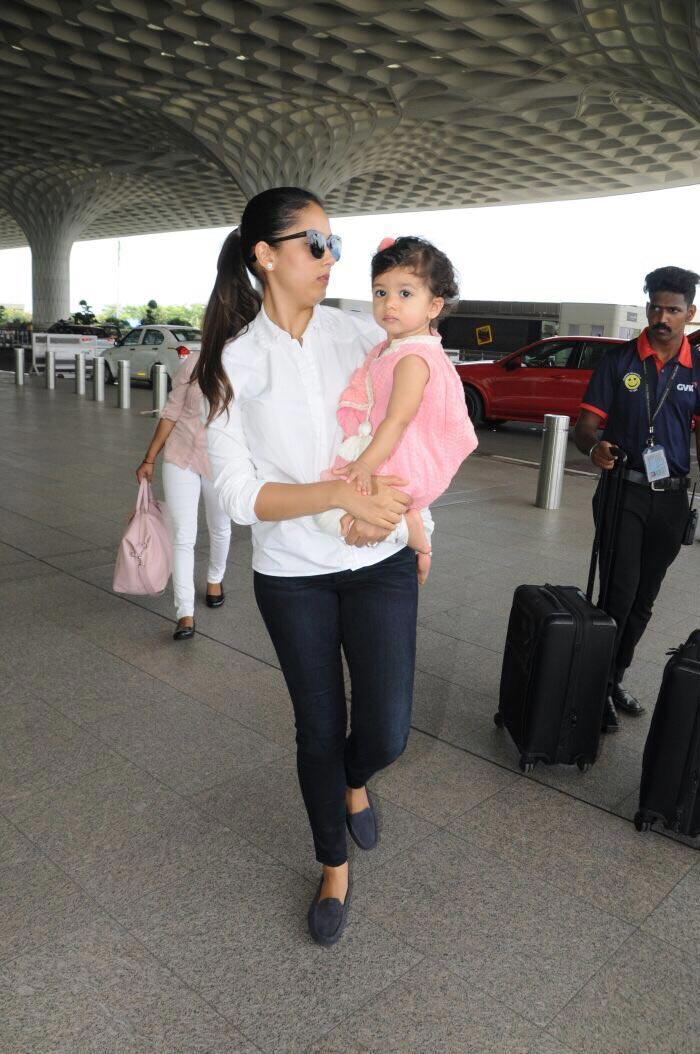 Can she be any more adorable?

Shahid never fails to elate his fans and keeps them updated about his little munchkin Misha's whereabouts. He also recently shared a picture of Misha on Instagram and revealed that she has got her ears pierced. Documenting Misha's red-letter day on Instagram, Shahid posted a note on her daughter's behalf for her mom: "Finally got my ears pierced! Thanks for the lollipop treat Mumma. You're the best."

Shahid Kapoor, son of actors Pankaj Kapur and Neelima Azeem, married Mira Rajput in July last year. Mira was born a year later in August. Shahid and Mira flew to London for a holiday in August this year and continued their stay till Misha's birthday (August 26).

Here's a sneak peek of the family's London vacation diaries:

Promoted
Listen to the latest songs, only on JioSaavn.com
Yesterday, Shahid also Instagrammed a heartfelt picture with his younger brother Ishaan Khatter, who is making his Bollywood debut with filmmaker Majid Majidi's Beyond The Clouds. Shahid posted a picture with Ishaan and wrote: How time flies. In 4 hours a new star is born. May you fly #beyondtheclouds Ishaan. Proud of you."

How time flies. In 4 hours a new star is born. May you fly #beyondtheclouds Ishaan. Proud of you.

Shahid will soon feature in Padmavati, which is director Sanjay Leela Bhansali's retelling of the legend of Rani Padmini, queen of Chittor and how she committed jauhar to escape the invading Khilji. Deepika Padukone stars as Padmini and Shahid features as Rawal Ratan Singh in the film. Ranveer Singh will play the role of Alauddin Khilji. The film also co-stars Aditi Rao Hydari and Jim Sarbh and will release on December 1.