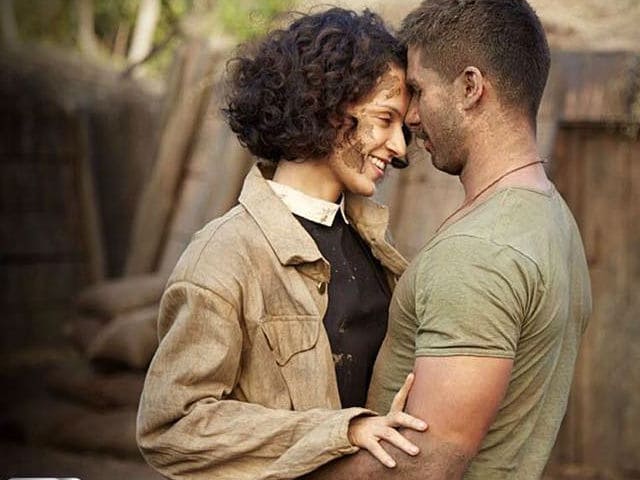 New Delhi: Actor Shahid Kapoor cleared the air around his reported cold war with Rangoon co-star Kangana Ranaut at a recent media event. The 35-year-old actor said that "it's all good" with Kangana, reports news agency PTI. When reporters asked Shahid about their alleged fallout, the Kaminey star responded saying: "Just take it easy bro... Take it easy... Take it easy. It is all good," reports PTI. Shahid and Kangana feature in Vishal Bhardwaj's Rangoon along with Saif Ali Khan. Last year in June, during a press conference, Kangana said that she was the "third hero" of Rangoon and in a separate interview to DNA, Shahid retorted saying: "Why doesn't she say there are three heroines in the film? Is there anything less in being a heroine?"

This is the first time Kangana has worked with Vishal Bhardwaj, who has directed Shahid in two films - Kaminey (2009) and Haider (2014) - and Saif in 2006 film Omkara.

Promoted
Listen to the latest songs, only on JioSaavn.com
Earlier, gossip mills were abuzz with news of Shahid and Kangana not getting along on the sets of the period romance drama film, though, they both have time and again denied all such rumours, reports PTI. She also reportedly drove everybody on the sets of Rangoon to the edge with her tantrums, but in an earlier interview to mid-day, Kangana said: "He (Vishal Bhardwaj) told me just this one thing, 'Ignore those people who are talking negative things about you. Shoot them down with your performance.' That gave me a lot of confidence. These negative things said about me are working like a blessing in disguise. Rangoon started like any other film, but there are so many negative things being said about it that it is only bringing all of us together."