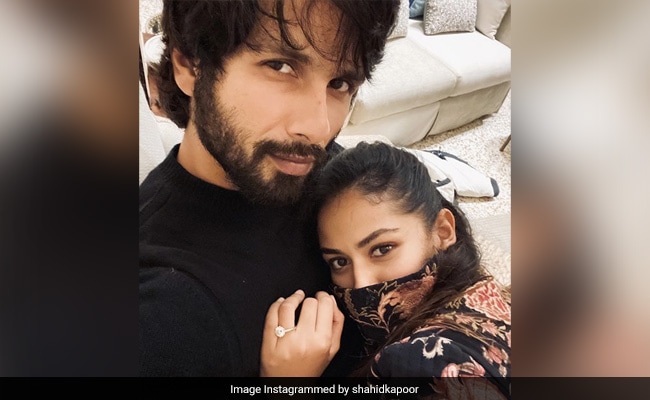 All that Shahid Kapoor wants on a "rainy winter evening" is a warm hug from wife Mira Rajput and his latest entry on Instagram sums up his feeling pretty well. The actor posted a loved up photo of himself and Mira on Saturday and sent the Internet into a meltdown. In the picture, the couple can be seen twinning in black outfits. Shahid can be seen clicking a selfie as Mira rests her head on his chest. She can be seen covering half of her face with her outfit. Sharing the adorable photo, Shahid Kapoor accompanied it with an equally adorable caption. He wrote: "Just what I need on a rainy winter evening." Aww.

Shahid Kapoor was busy filming his new movie away from his house but returned back just in time to celebrate Diwali with family. He shared a picture of himself and Mira twinning in black traditional outfits on Diwali and wrote: "Happy Diwali to you all. Love and light."