Shahid Kapoor said: "I usually get flustered when my wife and I have a fight." 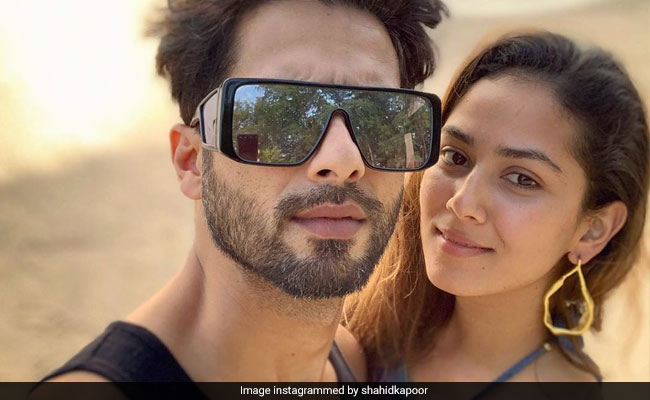 Actor Shahid Kapoor spilled the beans on the nature of his fights with his wife Mira Rajput on Neha Dhupia's talk show BFFs With Vogue and said that their fights can last up to 15 days, reported media websites such as Pinkvilla and India Today. Speaking to Neha Dhupia, Shahid Kapoor said: "I usually get flustered when my wife and I have a fight. It bothers me and I take time to get over it. It's once in a couple of months, but when we do fight, ours last a long time, like 15 days. You know it (the tension) is there and you finally talk it out." Shahid Kapoor added that he's usually the one to make up first.

Speaking about fights between couples, Shahid Kapoor said: "It's good to fight. It's important to hold your own. It's important to disagree and deal with each other's differences and resolve the problem. Problems are going to happen, and you have to get past that."

Shahid Kapoor married Mira Rajput in 2015 and they are parents to two-year-old daughter Misha and son Zain, who was born in September last year.

Shahid Kapoor will appear on Neha Dhupia's show with actress Kiara Advani for the promotion of their upcoming film Kabir Singh, which releases on July 21.

Kabir Singh is the remake of Telugu film Arjun Reddy, which is directed by Sandeep Reddy Vanga. It's the story of a brilliant surgeon dealing with anger management issues and alcohol addiction.