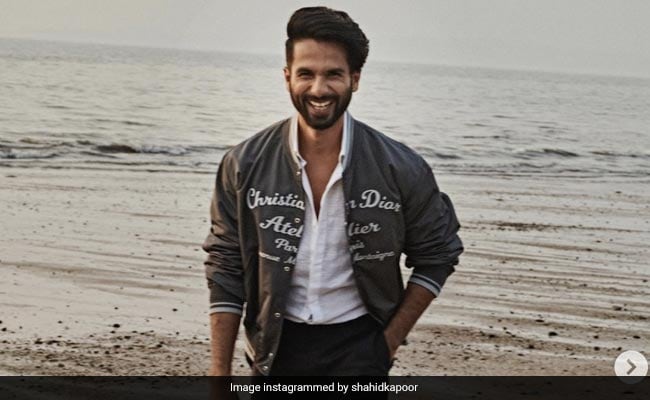 Shahid Kapoor is one handsome man. And, lest we should forget this, he often shares pictures and videos of himself looking his absolute best on social media. On Wednesday, Shahid Kapoor shared a series of pictures in which he is posing and smiling for the camera. The actor – who is busy promoting his film Jersey – rocked a Dior jacket, shirt and pants on the beach. Letting the images do all the talking, Shahid Kapoor kept the caption simple by just saying, “Good morning.” Mira Rajput didn't waste time and dropped a mushy comment under the post. She wrote, "It's definitely a good morning," with a heart-eye emoji.

Fans too rushed to the comments section to declare just how suave Shahid Kapoor looks in the pictures shared on Instagram.

These, however, are not the only photos that Shahid Kapoor blessed us with this week. In a previous post, he shared a montage of images and clips of himself from a busy day of promotions for the upcoming film. Sharing the video, Shahid Kapoor wrote, “It's always a good day while promoting a film you love!”

Given how hectic promotions can be, Shahid Kapoor kept it casual yet chic on most days. In one post, he shared pictures in an all-denim look and sunglasses. Skipping the caption, Shahid Kapoor let the images do all the talking.

Shahid Kapoor was last seen in the film Kabir Singh, which was the remake of the Telugu film Arjun Reddy. His upcoming film Jersey is also a remake of a Telugu film of the same name.