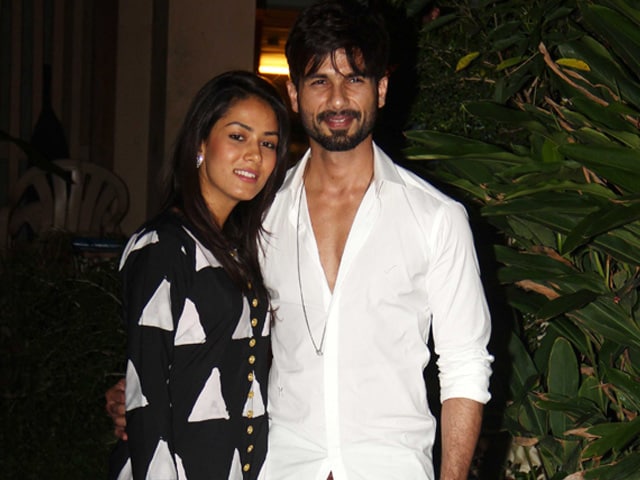 Shahid and Mira photographed outside their house in Mumbai.

New Delhi: "Promotions are what make me say Raitaa Phail Gaya," said actor Shahid Kapoor, referring to the latest song released from his upcoming movie Shaandaar, which also stars Alia Bhatt. On the last leg of the promotions for Shaandaar, Shalia as Shahid and Alia are popularly called, said that the film had come to them way before Shahid's Haider, Alia's Highway and director Vikas Bahl had Queen.

Breaking into an impromptu jig the actors said that this is what Shaandaar is. It's fun from the word go. (Also Read: Alia Bhatt: I am Not Taking Away Anybody Else's Work)

After being directed by father Pankaj Kapur in 2011 movie Mausam, Shahid shares screen space with him in the film. The 34-year-old actor confessed that being directed by him was far easier than being in the same frame with him. "It's like bowling to Sachin Tendulkar," said Shahid before adding, "It's a very nervous thing." (Also Read: Alia and Shahid Dance in New Shaandaar Song. Just Not With Each Other)

So how far has marriage disciplined the actor? "Well if you want to know if Mira controls me or I control her, well I'm totally controlled by my wife," he said with a wink. Shahid married Delhi-girl Mira Rajput in July this year. (Also Read: Mira Fits in the Family Very Easily, Says Shahid's Sister Sanah)

So what's the one thing Shahid wants to change about himself? "Well I need to give myself some filter in life."