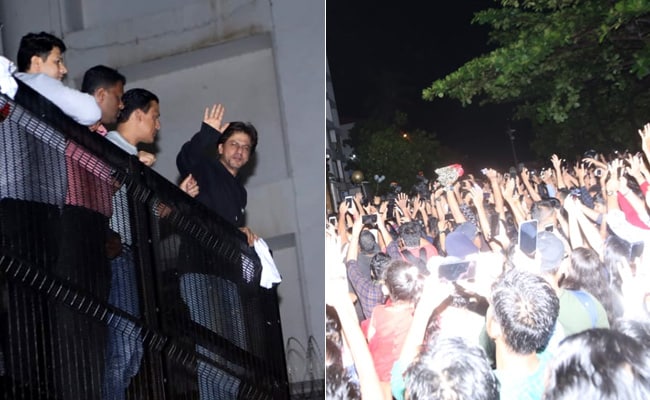 Happy birthday, Shah Rukh Khan! The King Khan rung in his 54th birthday on mid-night on Friday with special visitors who had gathered outside his Mumbai residence Mannat. Needless to say that as is ritual, fans had flocked outside Mannat ahead of the clock struck mid-night to begin Shah Rukh's birthday and the 54-year-old actor made a special appearance on the balcony of Mannat, sending his fans into a frenzy. Shah Rukh Khan, who celebrates his 54th birthday today, greeted the sea of fans waiting for a glimpse of him on the special day with waves and thumbs ups. Shah Rukh also showered his fans with flying kisses, amidst loud cheers. 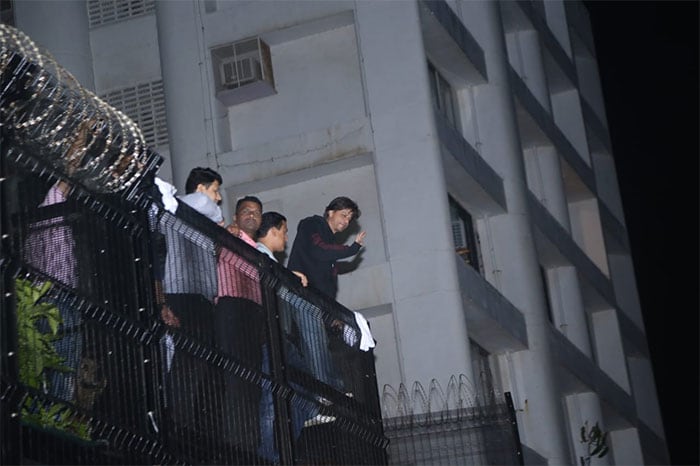 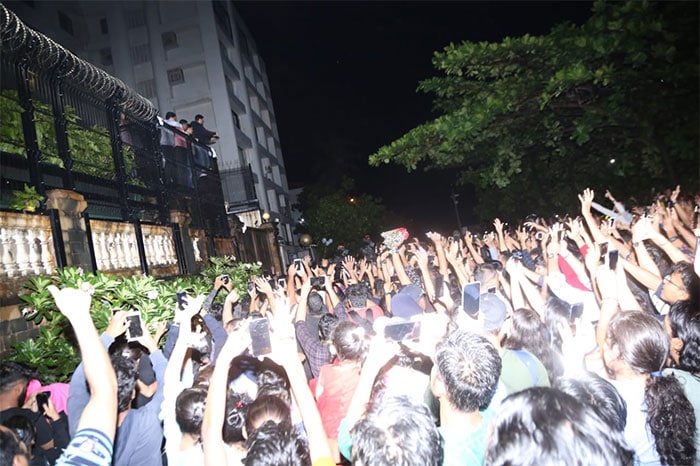 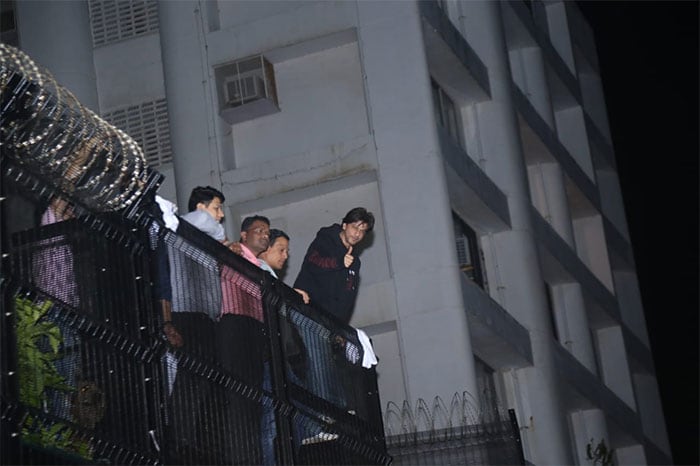 Shah Rukh was escorted by heavy security even as he remained within the boundaries of Mannat. Shah Rukh's brief appearance outside Mannat on his birthday night was perhaps the best return gift for fans. Shah Rukh Khan, who recently made an appearance on renowned show host David Letterman's My Next Guest Needs No Introduction, puzzled the TV personality with the sort of fan frenzy that he enjoys. Mr Letterman witnessed the magic of Shah Rukh Khan as he was invited to celebrate Eid at Mannat this year, when the superstar greeted his fans with a customary appearance outside his house.

On the work front, Shah Rukh Khan was last seen in Zero and is yet to announce his upcoming projects. Shah Rukh Khan hosts the second season of Ted Talks India: Nayi Soch, which premieres on Star World today evening.