Jhanak, the daughter of actress Supriya Shukla, is also known for playing the role of adorable robot Karishma in the TV show Karishma Kaa Karishma 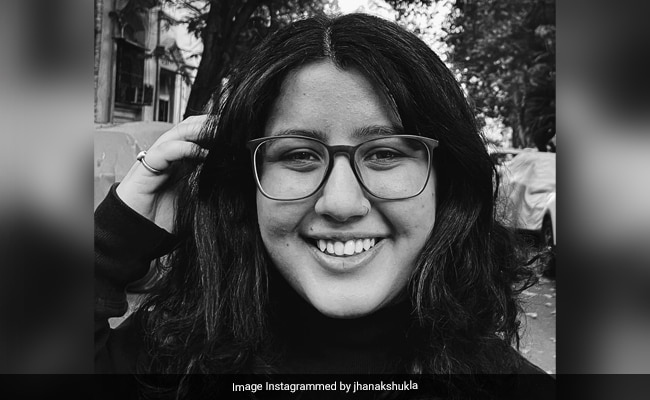 Remember Jhanak Shukla, the girl who played the role of little Gia Kapur in Shah Rukh Khan, Preity Zinta and Saif Ali Khan's film Kal Ho Naa Ho? She occupied the top spot on the list of trends on Thursday after a recent video of her talking about "not earning anything" at the age of 25 surfaced on the Internet. In a video for Brut India, Jhanak opened up about taking a break from acting when she was 15 and already feeling "retired." Jhanak Shukla, the daughter of actress Supriya Shukla, is also known for her performance as robot Karishma in the TV show Karishma Kaa Karishma.

Talking about taking a break from films and shows early, Jhanak said: "My retirement has already begun. My parents say that because I don't work as much. I chill. I make soaps. I roam. I write sometimes. And I've done my masters so I'm like, 'It's okay.'"

When asked about if she gave up acting because she was fed up of it, Jhanak said: "I was not actually fed up of acting. I was 15 or 16 so I was like, 'I have to chill now.' Because during childhood I had worked a lot but also my parents, they made me take breaks in between. I used to even go to school on a regular basis and I did my homework and everything, it was fun but somewhere I missed a small part of my childhood. So. my parents were also like, 'Take a break now.' So, that's somewhere I lost the track when it comes to acting."

Jhanak Shukla is now an archaeologist. She loves her life now but this isn't what she had imagined when she was a kid. "When I was small, I had in my mind that I will be 24, I will be earning a lot, I'll be married and settled. I am 25 and not earning anything. But my parents are very supportive."

Jhanak Shukla, who has a verified account on Instagram, often shares some throwback videos of herself from the sets of Kal Ho Naa Ho and Karishma Kaa Karishma.

She has also worked in TV shows like Son Pari and Hatim.